WOW2: Women Pioneers of November and Events in Our History

IIsrael and Lebanon, two of the most bitter enemies, have finally reached an agreement on the location of their maritime border. The subject of who has the power to drill natural gas in disputed waters off the Mediterranean was the most important aspect of this agreement. After more than a decade of mediation by the United States and some recent threats by Hezbollah in Lebanon, a compromise on drilling rights has finally been reached. struck. Additionally, it was speculated that this transaction would be considered a “turning point” in the history books and would be beneficial for all parties involved. Moreover, this is the most significant step forward in terms of diplomatic relations between the two countries in recent times. On the other hand, recent developments in international politics have brought a number of previously resolved contentious issues back to the fore. All of these issues, from the crisis in Ukraine to the tensions in the Taiwan Strait, have deep roots in the past and are beginning to resurface as current issues. Recent conflicts and sanctions imposed on the global economy have begun to have effects on the agricultural and energy sectors never seen before. In addition to this, the world economy has been affected by a series of crises, such as inflation, food shortages and depletion of energy resources. Seen in this light, the border agreement between the two long-standing countries shows how vital it is to negotiate and seek a solution.

To understand this conflict and the border agreement, we must first understand the international rules that underlie them. The authority of the United Nations Convention on the Law of the Sea (UNCLOS) is at the heart of the matter. States have the right to a 200 nautical mile exclusive economic zone (EEZ) off their coasts under this treaty. Lebanon has adopted UNCLOS in 2011 and presented its proposed boundary to the UN. However, Israel never signed the pact but generally abides by it and simultaneously presents its proposed border to the UN. On the other hand, Lebanon does not recognize Israel and has no diplomatic relations with it. Instead, when proposing treaties at the UN, Lebanon refers to Israel as the “State of Palestine,” and the two nations must depend on third parties to reach agreements. And that’s where the disagreement arose.

The parties have agreed to use the United States as a mediator in the event of the discovery of cross-border deposits. The agreement also establishes, for the first time, a border between the Lebanese and Israeli waterways, mainly along a delimitation called Line 23. Since the negotiation of Line 23 would include the ceding of territory in the Karish field to the Israelis, the division of the Qana gas field and the reduction of Lebanon’s share of Blocks 8 and 9, Lebanon was initially hostile to the ‘idea. The agreement stipulates that Israel will retain all development rights to the Karish field, while Lebanon will retain all rights to Cana (with one exception). Due to Qana’s extension to the south on line 23, Israel was able to obtain a share of the fee through a separate agreement with Total, the French company that operates Block 9. In addition, in the future, unless agreed bilaterally, neither party will submit additional maps or coordinates to the United Nations.

The reasons for the agreement between Israel and Lebanon

End the border problem and start talking about peace

The agreement clarifies the maritime borders between the two countries, which have been a bone of contention between them for many years (although it does not touch the 50-mile Israeli-Lebanese land border, which remains highly disputed). Importantly, the maritime arrangement appears to have received the (reluctant) acceptance of the Hezbollah leadership, which for weeks has indicated its support for the Lebanese government leadership in the negotiations. This is an important development. An added benefit of the deal for many Lebanese is that it improves access to energy for the Lebanese people. Currently, the majority of people in Lebanon have only two hours of electricity per day. This agreement will therefore improve the quality of life and stability of the inhabitants, albeit slightly, in a country that is experiencing a cascade of problems. Thanks to the agreement, the degree of tension that exists between Israel and Lebanon will decrease, and it will be less likely that these two countries will fight in the near future. Even though the agreement is limited and not a peace agreement between the two warring countries, it is still an important step forward as it shows that Lebanon recognizes Israel in a “soft” way. On the Lebanese side, the agreement was one of the rare cases where all the different Lebanese political groups reached consensus on anything.

If the area in question were a completely uninhabited body of water, the maritime border dispute between Israel and Lebanon would be moot. There is oil and gas in the oceans off the coast of Israel. The waters off the coast of Lebanon are believed to contain it, with reserves thought to extend into the disputed area. Seismic research suggests Lebanon’s Exclusive Economic Zone (EEZ) may contain 25 trillion cubic feet (tcfg) of natural gas. It would be a major windfall of several billion euros for a state whose economy has been on hold for several decades.

The arrangement could mark the start of vital cash flow for Lebanon’s weak economy. The Lebanese government is so divided that the country has been going through a financial crisis for four years. This agreement on the maritime border will significantly help Lebanon’s current crisis position. The agreement would boost foreign confidence and bring “hope” to young Lebanese. The agreement allows the development of gas on the Qana prospect, which is located inside Lebanon’s exploration zone but crosses Israeli waters. Despite the fact that the Qana gas field has yet to be fully explored, its potential wealth is well recognized across Lebanon. If natural gas is found in Qana, drilling and exploration could begin in Lebanon through a collaboration led by Total, the French energy company. In return, Lebanon would pay royalties to Israel. The agreement is a positive step for the Lebanese economy.

The gas problem in Europe is getting worse. Governments are doing all they can to protect customers from price hikes, but the problem worsened when explosions damaged Nord Stream 1. It was Europe’s main supplier of Russian gas. Israel says once a maritime deal with Lebanon is reached, it will be able to start producing oil and gas from its Karish field and exporting it to Europe within weeks . Acting Israeli Prime Minister Lapid has often mentioned the role Israel can play in helping Europe as it tries to wean itself off Russian energy.

A last-minute call just before the Israeli elections

In just over three weeks, Israel will have its sixth election in less than four years. Former Prime Minister Benjamin Netanyahu could return to power in the November 1 election, toppling current centrist caretaker Prime Minister Lapid. According to Lapid, the deal is “historic” and a “victory” for Israel for both security and economic reasons. Thus, Lapid expects the deal to be a political boon for him.

The agreement is beneficial to Israel for various economic and political reasons. Prime Minister Yair Lapid hailed the deal in his statement, calling it “a historic victory that will bolster Israel’s security, inject billions into the Israeli economy and preserve the stability of our northern border.” Economically, the arrangement provides Israel about 17% revenues from the Lebanese Qana-Sidon gas field.

It’s not even close to being a peace agreement. Israel, on the other hand, has high hopes that the pact will bring peace to the volatile region along its northern border, while Lebanon has high hopes that the potential gas it discovers will be able to repair the country’s failing energy infrastructure and ultimately inject revenue into its weak economy. Both sides see this as the first step to working together on a solution. This agreement demonstrates that even in circumstances where peace cannot be achieved, major actions with wider ramifications and possibilities can be implemented. Furthermore, this agreement has the potential to be a game-changer as it could pave the way for Israel and Lebanon to make progress towards a greater commitment to peace with each other.

[Photo by Fracois354, via Wikimedia Commons]

*SM Saifee Islam is a Research Analyst at the Center for Bangladesh and Global Affairs (CBGA), Dhaka, Bangladesh. The views and opinions expressed in this article are those of the author.

Previous How Biden and progressives got Saudi Arabia wrong 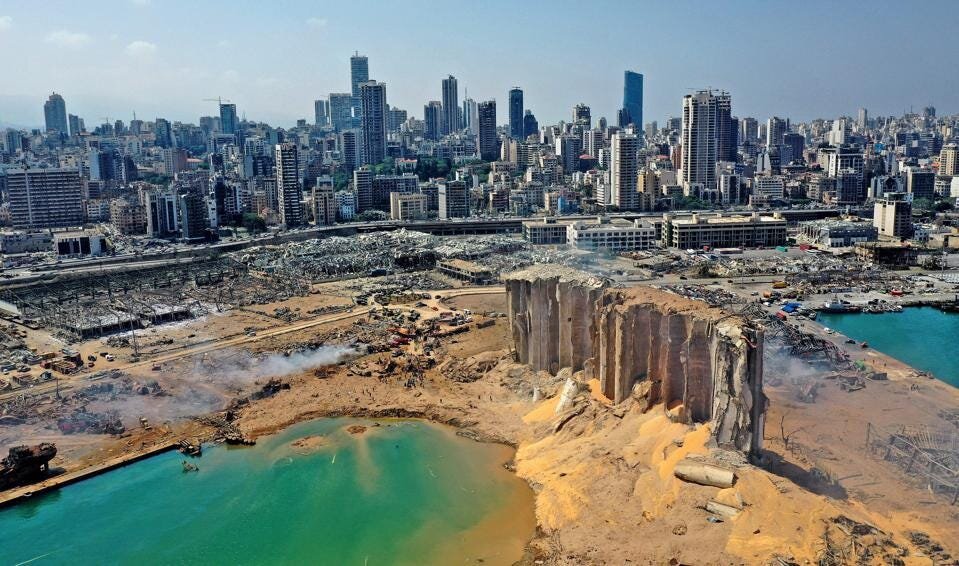 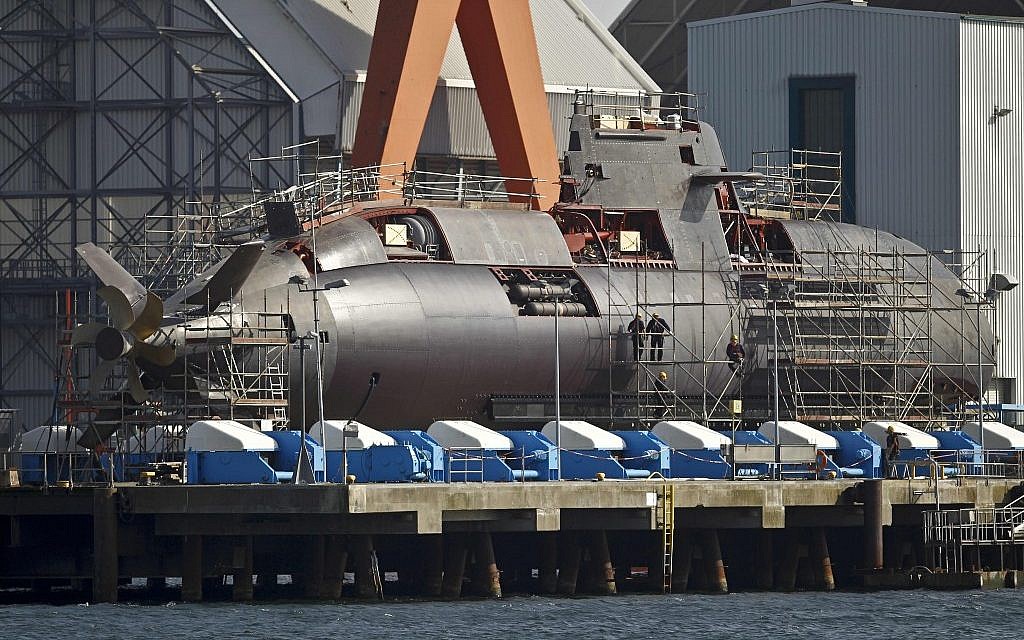