A year after the explosion in Beirut, the inhabitants of the popular district of Karantina, in the Lebanese capital, returned to housing reconstructed by NGOs. They are not expecting any help from the Lebanese government, but they are calling for an investigation into the disaster.

Dieu was rue Rmeil in the Karantina district of Beirut on the evening of August 4, 2020. Everyone here is saying it – the owner of the grocery store, the teenage girl who lives above the store, her elderly neighbor across the street – they all explain that God was with them on that catastrophic day, when a huge cache of ammonium nitrate exploded in the port of Beirut behind the street.

A year after the explosion ravaged the Lebanese capital, killing more than 200 people, the residents of Rmeil Street are convinced that their survival was nothing short of a miracle.

â€œI know God was here on August 4th. I believe in him, we believe in him. Of course God saved us, â€says Daniella Khadra, 20, sitting in her living room with walls adorned with photos of saints and the Virgin.

“ForgetIs an adjective often used for Karantina, which takes its name from the Turkish word for quarantine. Built in the early 19th century as a place of sanitary isolation for sailors arriving at the Port of Beirut, Karantina is the kind of dusty and dilapidated area often found around ports and transportation hubs in the developing world. .

It is one of the four districts of Beirut that suffered the full brunt of one of the most powerful non-nuclear explosions in the world. But unlike the hip neighborhoods of Gemmayzeh and Mar Mikhail – with their upscale bars and art galleries – and the glitzy city center, with its malls and designer boutiques, Karantina is literally on the wrong side of the harbor.

Bordered by the Mediterranean, a national road and a huge landfill and garbage processing plant, Karantina has long been overlooked – intentionally, some say, as developers could make their fortune if legal residents quit and they could clear up migrants and homeless people. . that got stuck here.

The Lebanese State has never planned for the inhabitants of Rmeil Street, a small street perpendicular to the Saydet al-Najat church – or “Our Lady of Salvation” – from which one can see behind the cranes and the destroyed grain silo of the port of Beirut. construction site scaffolding.

Faith has sustained them for years and now more than ever.

Khadra’s mother, Fadiya Zarou-Khadra, nods as her daughter recounts how everything in the apartment was destroyed apart from the framed pictures of saints on the walls. â€œOn August 4, I just prayed to Mother Mary,â€ said the 58-year-old hairdresser. â€œThe church saved me and my family.

When the inhabitants of rue Rmeil say “the church saved me”, they do not mean the Vatican or the archdioceses of their respective Christian denominations. They mean that Our Lady of Salvation, to whom the little church down the street is dedicated, was responsible for their unlikely survival.

Miracles provide the only explanation for how some people survived on this street just 2 kilometers from the site of the explosion. For those who perished in the blast – including friends and neighbors – there is the government to blame.

Khadra cites the names and ages of some of the victims of the Beirut explosion. â€œGod saved me, but what about the children, the 200 people who died, what did they do? What’s the reason the fucking government killed these people? The government should just go. They only steal money from people to put it in their pockets and give it to their children, who travel abroad, â€the young woman spits out with rage.

“The government has abandoned us”

Lebanon has a president, Michel Aoun, 87, who has switched sides and allies in a public career ranging from warlord to president whom young people like Khadra don’t know, and don’t care about. know the professional contact details of their manager.

While the country has a president, it has not had a government since the previous administration resigned following the Beirut explosion. The man slated to be prime minister, Najib Mikati, 65, is a co-founder of an investment firm and the richest man in Lebanon with a net worth of $ 2.5 billion in 2021, according to Forbes.

Mikati told reporters on Monday that a cabinet would not be announced midweek to coincide with the first anniversary of the Beirut explosion. Mikati is the third potential prime minister to be appointed in the past year after former Lebanese prime minister Saad Hariri failed to form a government.

The haggling and booty-sharing that marked the Lebanese political process meant that a weak, interim administration was left to handle an economic crisis that the World Bank has called one of the worst in the world for 150 years.

Meanwhile, parliament has joined with the country’s main security agencies in blocking an investigation into the August 4 explosion by referring to immunity clauses in the constitution, some of which have never been used in the history of Lebanon.

Immediately after the explosion, Aoun rejected calls for an international investigation, insisting that an investigation would be carried out by the Lebanese state and that the results would be published “within five days”.

A year later, with no government and no â€œresultsâ€ of an investigation, the people of Karatina are not ready to accept Lebanon’s political affairs as usual.

In another street, where children are playing, oblivious to the midday heat, a woman in a purple hijab waves from the door of her apartment on the ground floor.

â€œI didn’t like going in front of the cameras, but now I’m going to raise my voice,â€ admits Aicha Shahine, 47, mother of two young girls. â€œThe government abandoned usâ€¦ Before, it deprived us of our rights and we always said: ‘It’s good’. But now it’s not just about denying ourselves our rights, it’s about participating in killing us all. Please, please save us from corruption and the danger in which we live, â€she pleads.

‘I do not have wasta in government ‘

Karantina may be adjacent to the port through which Beirut and much of Lebanon have been supplied for centuries. But as it attracted industrial warehouses and workshops, the runoff from the proximity of a national hub escaped the neighborhood.

Jobs in Lebanon’s ports and airports depend on which party â€œcontrolsâ€ the hub and job opportunities are distributed among supporters. The system of family, sectarian and political links to access positions, called wasta, is reproduced in ministries and government departments across the country.

Many residents of Karantina used to work in the garbage sorting and handling industry, but with the economic crisis even these jobs are lacking.

â€œI studied law and psychology, but because I did not wasta in government, I don’t have a job, â€explains Shahine. After the Beirut explosion, her husband, the family’s sole provider, lost his job, and the family is now in a precarious state. â€œIf my kids ask me to buy them shoes, I tell them I can’t, I’m sorry. Even a bar of chocolate is hard to afford. Inflation is so high these days and our salary is barely $ 50. How can we live? My house is rented, so I could end up on the street with my children.

“I feel trapped in this place”

In the family apartment on Rmeil Street, Fadiya Zarou-Khadra smiles sadly when asked how she is coping with the economic crisis. â€œEverything is so expensive. Before, I had my job, I was never at home. But then the hair salon closed because of the corona[virus], then came the explosion, and now I’m out of work. Now we are living day to day. This is my situation now, â€she said simply.

Born and raised in Karantina, Zarou-Khadra has lived with her two daughters in her mother’s two-bedroom apartment since she lost her husband 20 years ago. Besides her 77-year-old mother, Zarou-Khadra’s sister and her two brothers, all single, also live in the apartment, making it a very cramped place.

After the explosion, the family moved into a tent in a temporary camp in the area while an NGO renovated their building and they were able to return home. The widow, a mother of two, enjoys the sense of community in Karantina, where their apartment door is always open, so neighbors can chat while running, fanning themselves to keep cool during frequent blackouts.

â€œI love being here. This is my domain. I love my life here. My family, my neighbors are all here. I would love to travel, but I want to come back here,â€ she said.

Her daughter, however, did not want to return to the apartment where she had witnessed so much destruction on August 4. When a fire broke out at the port that fateful evening, sending plumes of smoke through Karantina, a neighbor on the seventh floor came down to the family apartment on the first floor to check on what was wrong. The neighbor was at their doorstep when the massive explosion struck and the force of the blast knocked the family friend down the stairs, killing her instantly.

A year later, Khadra is still traumatized by the explosion. â€œWe saw all the neighbors die. Even now, when I think about it, I start to shake. Two days ago there was a noise and I started to cry. I said I didn’t want to die. When I hear a loud noise, I stand between the walls or I pass under the table, â€explains the 20-year-old. â€œI feel trapped in this place.

Her mother would like her daughters to leave Lebanon to â€œgo anywhere – maybe France, maybe Canadaâ€.

Khadra would gladly comply if she could, joining the wave of Lebanese professionals leaving the country after the explosion in the port of Beirut. But leaving and starting a new life requires resources that are scarce these days. â€œNow I can’t pay for college. There is no future in Lebanon, there is no life in Lebanon. I have to fight to live, I just have to pray. You have to fight and pray just to survive here.

Next The case of stormwater charges in the Pittsburgh area - PublicSource 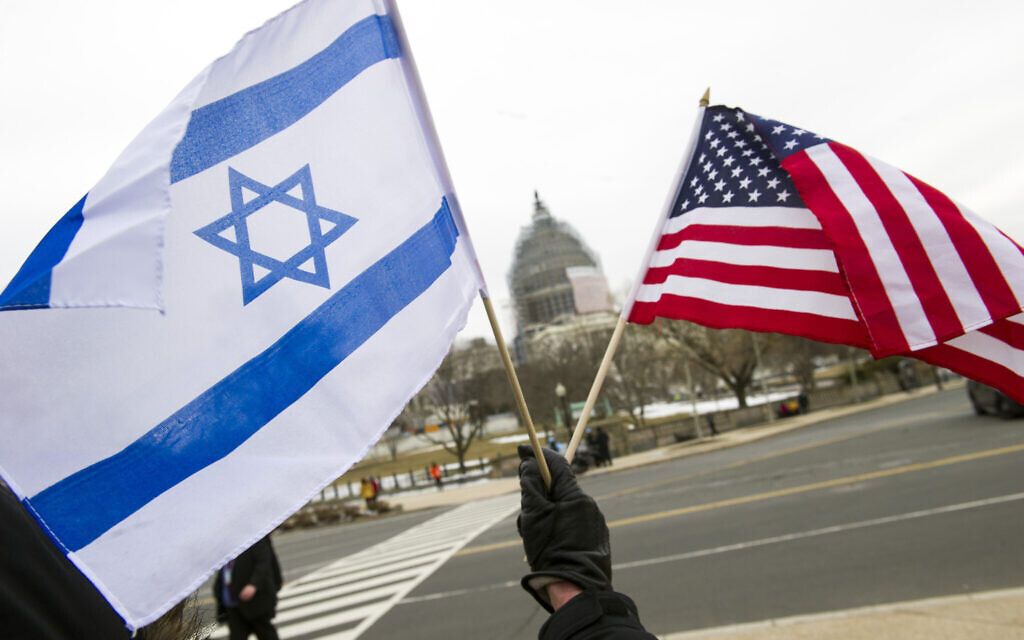 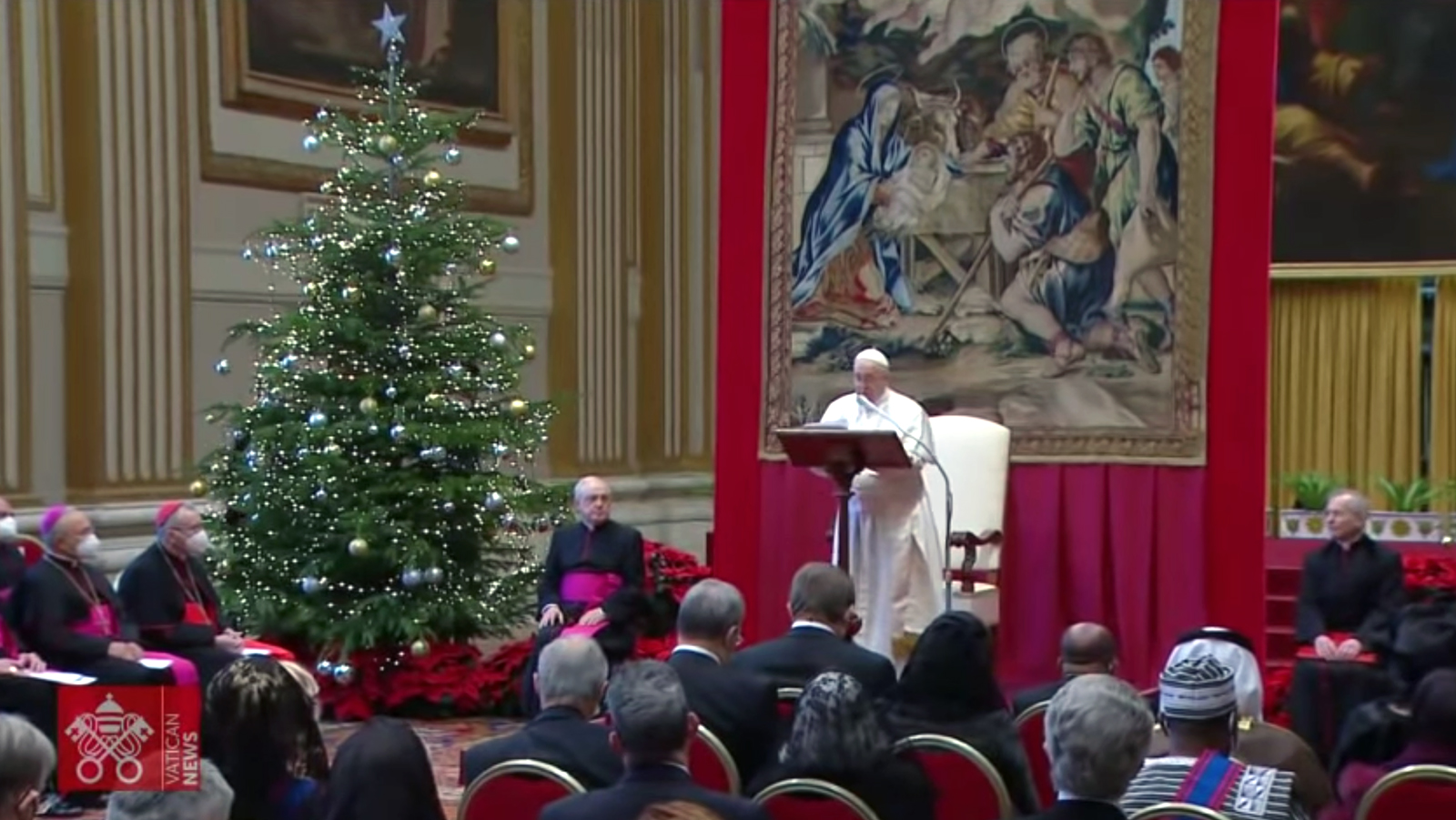