Two separate developments involving improved relations between Sunni and Shia Muslims and women’s sports rights demonstrate major changes in the way the rivalry for leadership of the Muslim world and the competition to define Islam in the 21st century is playing out in a world in which the states of the Middle East can no longer depend on the defense of the United States.

The developments are part of a regional effort by the conservative status quo states, Saudi Arabia, the United Arab Emirates and Egypt; and supporters of different forms of political Islam, Iran, Turkey and Qatar; manage rather than resolve their differences in an effort to ensure that they do not get out of hand. The efforts were most successful with the lifting in January of a three-and-a-half-year diplomatic and economic boycott of Qatar by the Saudis, the United Arab Emirates and the Egyptians.

Reconciliation movements also signal pressure on Middle Eastern actors in what amounts to a battle for the soul of Islam to change perceptions of the region as being rocked by civil wars, sectarian tensions, l extremism, jihadism and autocracy. Changing this perception is essential for the successful implementation of plans to diversify the economies dependent on oil and gas exports in the Gulf, develop the resource-poor countries in the region, tackle the economic crisis in Turkey and to allow Iran to face crippling US sanctions.

Finally, these developments are also a harbinger of the next phase of the competition for religious soft power and leadership of the Muslim world. Breaking with the last decade, the noble declarations praising the adherence of Islam to tolerance, pluralism and respect for the rights of others which are not followed by acts no longer cut the ice. Likewise, supporters of socially conservative expressions of political Islam should be seen as embracing degrees of moderation which until now have been the preserve of their rivals who prefer the geopolitical status quo ante.

This next phase of the battle is not only shaped by the doubts of American allies in the Middle East about the reliability of the United States as a guarantor of security, reinforced by the American withdrawal from Afghanistan. He is also informed by the realization that neither China nor Russia can (or will attempt) to replace the US defense umbrella in the Gulf.

The changing playing field of battles is further determined by the setbacks suffered by political Islam from the 2013 military coup that toppled Mohammed Morsi, a Muslim brother and the first and only democratically elected and decimated Egyptian president. brutally the Muslim Brotherhood. More recently, political Islamists suffered a resounding electoral defeat in Morocco and witnessed the autocratic seizure of power in Tunisia by President Kais Saied.

A Tunisian public opinion poll which has just been published shows that 45% of those questioned accuse Rachid Ghannouchi, the leader of the Islamist party Ennahada, of being responsible for the country’s crisis and 66% say they do not trust the party.

Middle Eastern rivalries and quicksand give added significance to a visit planned in the coming weeks to Najaf, an Iraqi citadel of Shia Muslim learning and home of the 91-year-old Shiite religious authority Grand Ayatollah Ali Al-Sistani, by Ahmed El -Tayeb, the Grand Imam of Al-Azhar, the main historical educational institution of Sunni Islam.

The visit takes place against the backdrop of Iraqi talks between Saudi Arabia and Iran, the two main centers of the two main streams of Islam, which aim to ease tensions between them which reverberate throughout the Muslim world. The talks are expected to help the two regional powers manage rather than resolve their differences.

The rivalry has long been marked by Saudi-inspired anti-Shiite rhetoric and violence, disguised as religion in a limited number of cases and Iranian concerns about the country’s Sunni minority and its choice of a proxy-centric strategy. Shia Muslims in third countries and support for the regime of Syrian President Bashar al-Assad.

Implicit in Saudi and Iranian sectarianism was the perception of Shiite minorities in Saudi Arabia and other Sunni-majority countries, and of Sunnis in Iran and Iraq after the overthrow of Saddam Hussein in 2003, as the fifth wheel of the other.

the visit of Imam El-Tayeb, a signal of improvement in long-strained Egyptian-Iraqi relations, as well as a possible subsequent meeting between the Sunni cleric, a Shiite cleric other than Ayatollah Al-Sistani who is Too Old and Fragile to Travel, and Pope Francis, aim to put bigotry on the back burner. Ayatollah Al-Sistani met the Pope during his visit to Iraq in March.

The visit takes on added significance in the wake of a suicide bombing this week against a Shiite Hazara mosque in the northern Afghan town of Kunduz, which killed at least 50 people and injured 100 others. ISIS’s South Asian branch, Islamic State-Khorasan, claimed responsibility for the attack, the worst since the Taliban came to power in August. It was likely designed to fuel tensions between the Sunni Muslim group and the Hazaras who make up 20 percent of the Afghan population.

Imam El-Tayeb’s trip to Najaf is expected to be followed by a visit from Mohamed al-Issa, secretary general of the Saudi-dominated Muslim World League. The League has long been a privileged vehicle for the propagation of Saudi anti-Shiite ultra-conservatism. Since coming to power, Crown Prince Mohammed bin Salman has recast the League as a tool to project his loosely defined notion of a â€œmoderateâ€ state-controlled, tolerant and pluralistic Islam.

On a related note, die-hard Iranian President Ebrahim Raisi took many by surprise by allowing women into Tehran’s Azadi Stadium to attend this month’s World Cup qualifiers between Iran and South Korea. Iran is the only country to ban women from attending male sporting events. It was not clear whether the move was a one-time move or signaled a relaxation or lifting of the ban.

Mr. Raisi saw it as a way to rally domestic support and improve the image of the Islamic Republic both in China and Russia and in the West. Without a doubt, Mr. Raisi will have noted that China and Russia have joined with the United States, Europe and others in pressuring the Taliban in Afghanistan to recognize women’s rights.

Certainly, women in Iran enjoy educational rights and populate universities. They can take leadership positions in business and government even though Iran remains a patriarchal society. However, the ban on women in stadiums, coupled with the chador, head-to-toe coverage of women, has come to dominate the perception of gender policies in Iran.

Allowing women to attend World Cup qualifying suggests some flexibility on Mr Raisi’s part. During his presidential campaign, Raisi argued that giving women access to stadiums would not solve their problems.

It also demonstrates that the government, with hard-line supporters controlling all branches, can shave the sharp edges of its Islamic regime much more easily than reformists like Mr. Raisi’s predecessor, Hassan Rouhani, could not. to do.

The question is whether this is Mr. Raisi’s intention. Mr Raisi may be testing the waters with this month’s soccer game, only time will tell.

This may be too big a step for the moment but, like Imam El-Tayeb’s visit to Najaf, it indicates that the easing of regional tensions places more emphasis on the soft power that tour is pushing for less harsh expressions of religion. . 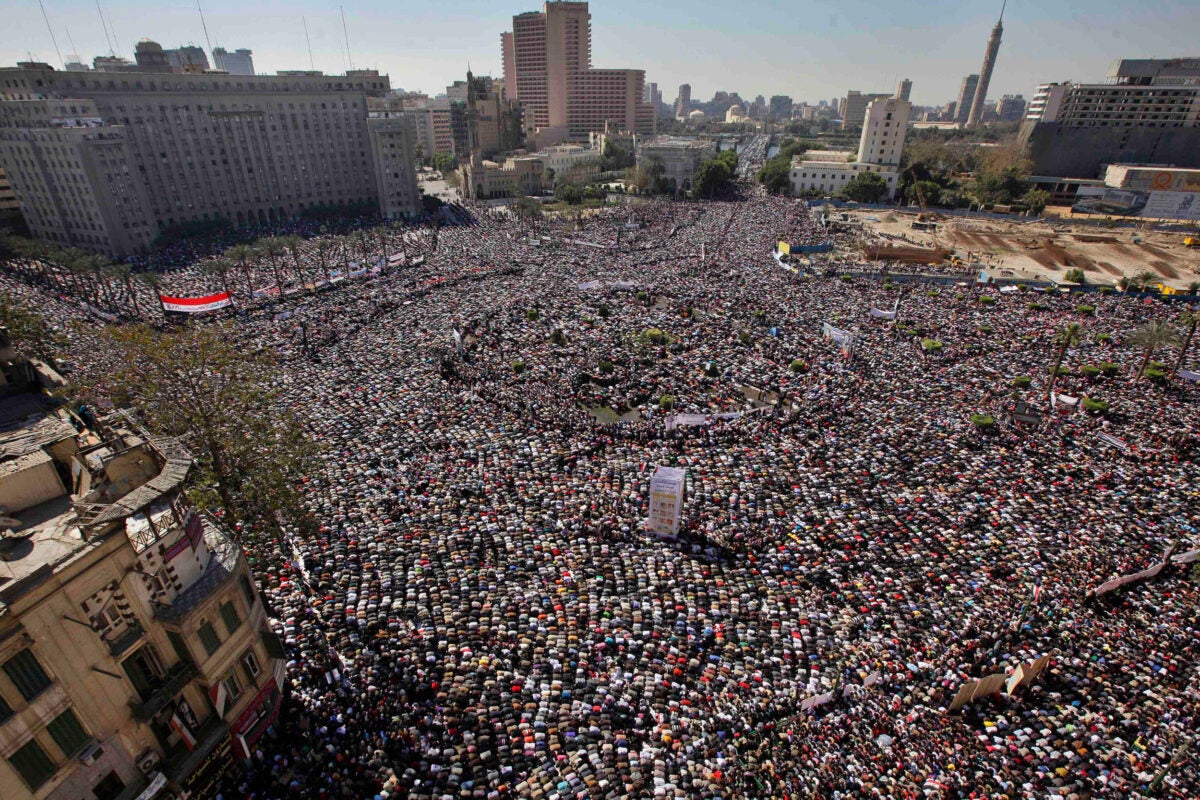