Pope Francis will travel to Bahrain from November 3-6, becoming the first pope to visit the country. This will be his 39th trip abroad and the 58th country he has visited as pope. There, the Pope will meet the Grand Imam of Al Azhar, Ahmad Al-Tayyeb. According to Judge Mohamed Abdel Salam, Secretary General of the Muslim Council of Elders and close adviser to the Grand Imam.

In this exclusive interview in Rome, conducted by Gerard O’Connell, Vatican correspondent for Americathe judge recalled that when King Hamad bin Isa Al Khalifa of Bahrain visited Pope Francis on May 19, 2014, he told the pope, “I hope one day you can come to Bahrain.”

The king then promised “to build a large church in Bahrain for the Catholic community and gave the pope a model of the church. He then sent the pope regular updates on the progress of the church’s construction, and when it was built, the pope sent the cardinal [Luis Antonio] Tagle on December 10, 2021, to bless the church,” the judge said.

The Church of Our Lady of Arabia is only the second Catholic church in the kingdom. It is in Awali, a municipality in central Bahrain, that François will be staying during the visit. The current king’s great-great-grandfather built the first church in the Arabian Peninsula, the Church of the Sacred Heart, in 1939 in Manama, the capital. Pope Francis will visit both churches.

A forum for dialogue between East and West

In the interview, the judge recalled that “before the outbreak of the Covid pandemic, the organizers of the Muslim Council of Elders decided to organize an East-West dialogue forum in Bahrain, and the king proposed ‘welcome”.

“The Holy Father and the Grand Imam have a common project which continues and is not limited in time, namely the promotion and advancement of the values ​​of human brotherhood in the world.”

Judge Abdel Salam said that one of the “important initiatives” of the Muslim Council of Elders is the East-West dialogue it started in 2015. He explained: “By ‘East’ we mean the countries of Africa, the Middle East and Asia, and by “West” we mean America and European countries.He said the initiative was triggered by “the growing gap and isolation between these regions So many young people had a bad impression and misunderstanding of others, so the aim of the initiative was to advance mutual understanding and knowledge of each other’s cultures and values. will constitute the sixth cycle of the East-West dialogue.

“I believe that the Holy Father and the Grand Imam have a common project that continues and is not limited in time, namely the promotion and advancement of the values ​​of human brotherhood in the world,” said the judge. “Each meeting between the two leaders is one more step and one more step in their common journey towards the realization of human brotherhood.”

Pope Francis and the Grand Imam co-authored the document on Human Fraternity for World Peace and Living Together which they signed in Abu Dhabi on February 4, 2019. In response, the United Nations General Assembly created the International Day of Human Fraternity which will be celebrated by all Member States. The initiative was supported from the start by the United Arab Emirates and the document was endorsed at the national level by several countries, including Egypt and Timor Leste.

Why meet in Bahrain?

Referring to the Bahrain meeting, the judge said two factors underline its importance: “time and place”. It takes place at a time of “serious turmoil in the world” marked by “many conflicts and global concern for the future of the planet”, and “people need to see religious figures come together to discuss the issues of concern to all and, above all, to underline the need to maintain and build peace”. He said that the place is important because “the Kingdom of Bahrain has a historical heritage of embracing dialogue and promoting peaceful human coexistence.It is a country that has always been a meeting point for people of different cultures and civilizations.

The Kingdom of Bahrain is an island archipelago located between Saudi Arabia and Qatar. It has 1.5 million inhabitants, half of whom are Bahrainis. The majority (70%) are Muslim: 24% are Sunnis, including the monarchy and the ruling class; 46% are Shiites.

About half of the population are migrants from other Arab countries and Asia. Non-Catholic Christians represent 15% of the population; Catholics, 11% (mainly from the Philippines and India); Hindus, 10%. There is freedom of worship for all, although some NGOs have accused Bahrain of human rights repression and denounce the absence of freedom of opinion in the country. Judge Abdel Salam backtracked on the criticism, saying he had looked into specific cases of those detained and learned that they had been ‘arrested during riots and demonstrations’ and sentenced according to the country’s laws for “attempting to destabilize the country.” He said he believed they would have been convicted for such actions in the United States or other countries as well.

The Kingdom of Bahrain “tries to embrace dialogue as a reliable means to achieve unity among its people,” the judge said.

Judge Abdel Salem said that “the kingdom tries to adopt dialogue as a reliable means to achieve unity among its people and to promote these values ​​of human coexistence and tolerance in the Gulf region and the Middle East region. East”. He uses dialogue to counter both internal problems that might arise from time to time and external attempts to promote sectarian strife and disunity among his people.

He said the Bahrain dialogue forum with the meeting between Pope Francis and the Grand Imam sends “a big and strong message that these two leaders sincerely believe in the importance of the culture of encounter between people of different faiths. “. Pope Francis frequently presents “the culture of encounter as something humanity needs most,” he said; “The Quran also calls this, which it describes as getting to know each other between tribes and nations.” And this call is “repeatedly underlined by the Grand Imam”.

Judge Abdel Salam sees Bahrain’s meeting with the two religious leaders as “a call for unity, for national unity between the people of Bahrain and the different categories of its population” and “a message to the external forces which are trying to provoke sectarian strife and disunity.

A roadmap for humanity

The judge described the pope and grand imam’s participation in the forum along with high-ranking Catholic Church officials and senior scholars from the Islamic scientific research community of Al-Azhar al-Sharif and the Muslim Council of sages as “a unique opportunity to tackle a number of problems”. the challenges facing our world”, including “the institution of the family, the threat of climate change due to rising temperatures, food crisis and water scarcity in different places, increasing poverty and increase in diseases and pandemics in the world”. He hopes the meetings can “offer a roadmap for humanity”.

He does not exclude that the Pope and the Grand Imam can discuss conflicts near and far, notably in Yemen, Syria, Palestine, Ukraine, and the need to work for peace in these situations.

He recalled that since their first meeting in 2016, Pope Francis and the Grand Imam have met face to face nine times in five years and communicated several times between these meetings. Judge wrote a book about their relationship last year.

Their frequency of communication “is very telling,” Judge Abdel Salam said, “and shows that the relationship between them is not a diplomatic, formal relationship, nor a meeting just for a photo or a hug on camera; it is something much deeper. They went beyond simple dialogue between leaders of different faiths and developed a real partnership and a real and sincere relationship to contribute something for the good of humanity. At each meeting, we can see that there are tangible results and new projects established and announced. They present a unique example for all religious leaders to come together and guide humanity towards world peace and human brotherhood.

On the first day of his visit, Pope Francis will meet with the King of Bahrain and address 1,000 members of the country’s civic and religious authorities and the diplomatic corps in Awali, in the center of the country. On November 4, he will participate in the East-West Forum dialogue and a discussion with the Muslim Council of Elders, chaired by the Grand Imam, followed by a private meeting with the Grand Imam. That evening, the pope will participate in an ecumenical service and a prayer for peace in the new Catholic church in Awali. On November 5, he will celebrate Mass for some 20,000 Catholics at the Awali Stadium, and on November 6, he will visit the oldest Catholic church in the country in Manama, where he will pray and address members of the Catholic clergy and to pastoral workers. Later, he will visit a Catholic school. The pope returns to Rome later in the day.

Next Maritime dispute between Lebanon and Syria 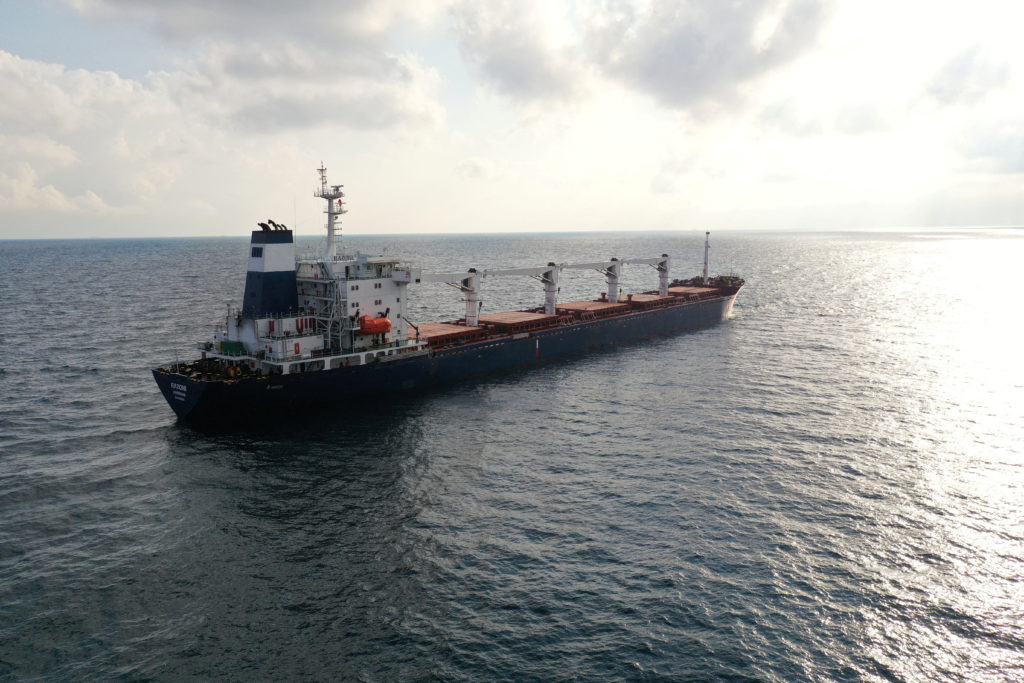 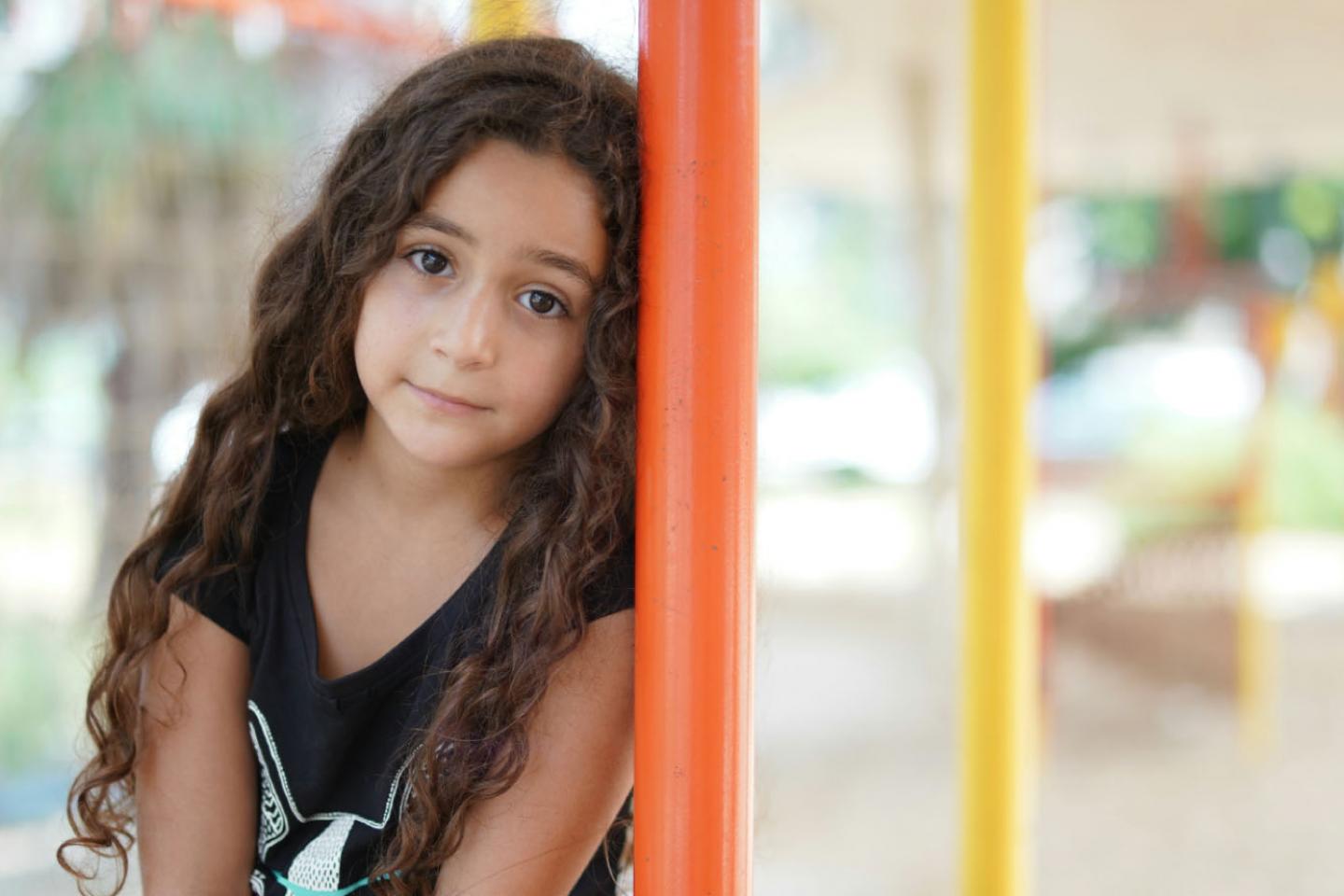