Santosh Rao, Head of Research at Manhattan Venture Partners, discusses Netflix’s results and what it means for the streaming industry going forward.

– Let’s take a look at Netflix stocks, which are gathering here after hours. The stock up about 6 and 1/2%. The company reports a lower than expected loss of subscribers here. 970,000 subscribers lost in the second quarter.

The estimate there was for a loss of 2 million. Revenue of $7.97 billion. The estimate was $8.04 billion. The outlook for the third quarter is also a bit light on the revenue front. Let’s talk about it with Santosh Rao. He is Head of Research at Manhattan Venture Partners. Santosh, good to see you.

SANTOSH RAO: It’s good to be here. Thanks.

– So a lower loss than expected. 970,000 subscribers lost. And still nearly a million subscribers that Netflix has lost in the last three months. How do you see today’s report?

SANTOSH RAO: Yes, I think it’s a good report. It was about…well, it wasn’t necessarily about subscribers. The company wants to move away with net subscriber additions. But I think this one was important because the whole question was, do they lose their game? Are they losing their market share?

And the fact that the losses were less is a net positive. It is very good. They tend correctly. Let’s see what they say about the next quarter.

And the loss – the EPS is also – in fact, the EPS was better than the consensus was. So I think net net, I would say that’s a good report. They are on the right track.

They need to regroup, to redefine their strategies. And they’re doing it right, it seems, with these much better-than-expected net subscriber losses.

– Santosh, you describe a good report. I see this is the first time Netflix has lost subscribers in consecutive quarters. It doesn’t seem like a good trend. How do they stop the bleeding?

SANTOSH RAO: Yes, I think what they need to do is continue to provide the content, the premium content, which they will do. And see, I think we have to be, we can’t compare it to the past. Things are different now. The landscape is different.

There are many – many more players there. The addressable market or subscriber base – the potential, the basic potential base pool is going to be dispersed with the competitors. But over the long term, probably a year or two, I think the dust will settle. And the big winners will come first.

And I think Netflix, being the historical leader, a world leader with 224 million subscribers worldwide, the large global footprint, I think they have a good lead over the rest. They are profitable. They can do it.

I think in terms of what they need to do is just keep running, control their costs, but keep delivering premium content, which they will continue to do. I think that’s the key.

– And then – and in terms of growth factors, we know they’re obviously looking at net subscriber additions. Used to be the most important thing. But as you mentioned, it’s a more crowded space now. Where should Netflix look to see the next level of growth?

SANTOSH RAO: Yeah, in terms of geography, I think international is, again, the big growth driver. It was progressive. Growth will come. North America is almost saturated. But… but they raised the prices. And I think the turnover will increase.

But overall, in terms of quality, I think they’re more about increasing the level of engagement and increasing profitability. And that just delivers the value proposition. I think that’s key right now, because there’s a bit of difficulty adding additional customers, especially in the lucrative North American and maybe even EMEA markets. But I think overall they need to keep adding – Asia Pacific, Latin America.

But they…at the end of the day, everyone wants to be Netflix. That’s why they win…they lose money. They invest a lot. Netflix already has a base. They just need to keep delivering and differentiating with good content.

– Santosh our media reporter Ali Canal when she was breaking the numbers – two things she said she was curious about in the earnings call which will start in a few minutes were, one, why Netflix chose Microsoft for be its partner on that ad-supported tier and, second, what does the timeline look like for rolling out the ad-supported tier?

And it will be kind of a staggered rollout. It will be a gradual rollout. You are not going to see the impact immediately. But I think they will come out next year.

But Microsoft as a partner is a very good deal. You get one of the good players out there. It will be exclusively available through their platform. And then down the road they can have a more holistic relationship with Microsoft in terms of cloud and gaming initiatives that Netflix might have down the road.

So I think it’s a great… good partnership on the road. And don’t forget that Netflix was also instrumental in building Facebook’s advertising business early in their life. So I think they are there. And there is a solid company and one of the best.

So I think this relationship makes perfect sense. And it will pay off.

– You know, I know you’re on the phone. You can’t see the video of having it roll. But Santosh, it’s an encore. You return to “Squid Game,” “Bridgerton” season two, and “Stranger Things” four. They have the three biggest hits by a country mile in the last year, which is a reminder that in this environment they are still the king.

In a letter to investors on Tuesday, they said, quoting, “Our challenge and our opportunity is to accelerate our revenue and membership growth.” Now membership growth – it’s not entirely clear how the password sharing policy will impact that. But it will definitely be on the revenue side.

An estimated 100 million share passwords. And word is we’re talking $2.99 ​​per charge for password sharing. How important will a revenue generator be? And when will he come here?

SANTOSH RAO: Yeah. Yeah, I didn’t even go there. I think their model based on the advertising they introduce and the revenue and password sharing they’re going to discontinue – or not allow, rather. And that’s going to be additional revenue.

We will have to wait and see. I’m sure they will lose some customers because they have to pay extra for sharing the password. But at the end of the day, I think net net, I think I – we expect at least 4 to 5 million new customers to come in. I mean, it’s hard to say at this point. But there will be a gradual addition to their user base.

The cost – the big risk is that they don’t want to cannibalize their premium base which pays nearly $15 a month for the standard. So I think they really have to be careful about that. But there’s a whole bunch of people in their big base – there are people who maybe don’t want or would like to pay less and still be on the platform.

So I think the addition-based model makes sense for a lot of them. So I think overall I think it’s a good deal. I don’t know the exact number, how many increments. But it will definitely be a complement to the set.

At this point, you know, I think I’m looking at maybe another $10 million or something in terms of adding revenue to the base initially and then continuing to grow. But it will be a net additive overall. It’s not an easy business, by the way.

It will take time. They are still working on it. It will be deployed. But they needed a safety net for people who don’t want to pay a premium but – but really don’t mind paying a lower fee for the inconvenience – the inconvenience of having ads.

So I think you’re going to have this mix, which is a good mix. And net net, I think they will be able to maintain the level of RPU at a relatively high level that they currently have.

– And, Santosh, what do you think Netflix’s main advantage will be over its competitors – on a Disney Plus, on an Apple TV? What could give Netflix an edge in this space?

SANTOSH RAO: Yeah, I think right now I would say it’s that they have the market share and the market share. I think that’s one thing to start with. I think it’s just the content. It’s the – streaming has become so commoditized at this point. It’s easy to get in and out so easily.

So the main thing is to have their level of commitment high, to have that grip. And I think they have that. And they did it across all genders and across all demographics. I think that’s a great thing.

Disney is maybe just for…I mean, they’re more selective about their target audience, although they’re developing and growing. Everyone is sort of positioning themselves. So it really is a work in progress for everyone.

But Netflix is ​​already there. He delivered. So they just need to build on their lead and keep hammering away and somehow get back to their glory days of the past, when they were the only game in town. So at least try to be one of the best players.

Previous With endemic corruption, the economic crisis in Lebanon is worsening

Next Complex negotiations to get grain out of Ukraine 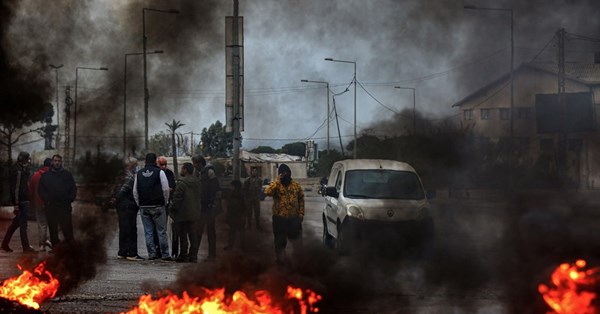 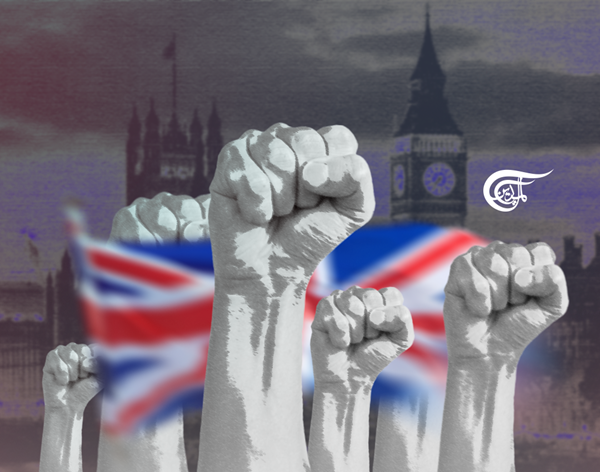