Below is the English interview Naharnet conducted with Hayek:

Q: You said you intended to resolve the Lebanese crisis rather than manage it. Do you think the president’s current powers allow you to do that?

A: Under our Constitution, the Presidency may not have direct decision-making power to directly influence policy, but it does give the incumbent wide latitude to shape the general direction of policy, whether through the choice of Cabinet members or through active participation in meetings of the Council of Ministers.

Q: Which political parties have said they might support your nomination?

A: I may not be the first choice for the president of a political party, but I am very well positioned as an alternative option for each of them. This is my biggest advantage over other candidates.

Q: Do you consider yourself a ‘change’ president and have you communicated with the 13-member ‘change’ bloc?

A: I certainly consider myself a candidate for change and I was one of the leaders of what used to be called ‘civil society’. I have communicated with most of the members of the “change” bloc, but they have yet to agree on a viable candidate for the bloc.

Q: What are your chances of reaching Baabda’s Palace? Please give a specific percentage.

A: I used to say that my chances were less than 10% because there were many rumors of candidates. Today, I believe the field of candidates who have proven credible and viable has shrunk to less than four candidates.

Q: Would you step down as president if political forces started to interfere with your plans?

Q: Do you think President Aoun should have resigned following the October 17 uprising or the Beirut port explosion?

A: I don’t believe he should have resigned following the October 17 uprising because it was an event for which he was not directly responsible. The case of the Beirut port explosion is different. If he had been informed of the danger of storing the ammonium nitrate at the port and the urgency of dealing with the situation, but he did nothing, then he is considered directly responsible and should resign.

Q: What is one thing that President Aoun could have done during his tenure but didn’t?

A: He could have acted presidentially but chose to act factionally.

Q: Who was the most successful president in Lebanon’s history?

A: Fouad Chehab is generally considered the most successful president, but I am more in favor of Camille Chamoun.

Q: If elected president, would you prefer your first government to be technocratic, political or techno-political?

A: Angela Merkel, on both counts.

Q: You suggested that there should be a long and daily dialogue with Hezbollah in order to resolve the controversy over its weapons. Have you thought of a specific mechanism to achieve this and do you intend to form a permanent dialogue committee in this regard?

A: I believe I said “regular”, not “daily”, but yes, it should be serious and ongoing until the controversy is resolved. The mechanism I envisage includes at least three specialized committees to negotiate and deal with political issues, security issues and military issues.

Q: Are you in favor of the privatization of all public enterprises?

A: Yes, but not in their current state – only after being properly revamped and made profitable. It would probably be years away. In the meantime, regulatory authorities should be created, with the aim of liberalizing the relevant markets and preventing both private and public monopolies.

Q: Are you concerned that the people and forces of change and opposition will see you as part of the corrupt system in light of your previous work in state administrations, the Grand Serail and with four former -Prime ministers?

A: I’m sure some superficial minds might stop at such stereotypical description, but I hope the smart ones will dig deeper and prevail.

Q: Do you support full normalization of relations with Syria or do you just want to improve economic and logistical cooperation?

A: I support any level of normalization and/or cooperation that Lebanon’s national interest may require.

Q: Do you think Lebanon should be the last Arab country to sign a peace treaty with Israel?

A: No, I don’t know. We must regain our national dignity and make our own decisions, as we wish to make them.

Q: Will you immediately call on expatriates to come back and invest in Lebanon?

A: No, we would need to regain the trust of investors (including expatriates) before calling them back.

Q: In your opinion, what is the best electoral law?

A: One man/one woman, one vote; with one deputy per district; in a small Parliament of probably 66 MPs.

Q: Are you in favor of an immediate abolition of political bigotry?

A: Yes, in Parliament, alongside the creation of a Senate. No, at the level of ministers and directors general.

Q: What would be the priorities of the Social Solidarity Fund you intend to establish and would it include free or affordable health care? 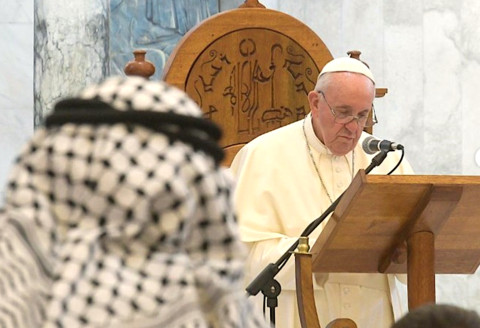