The recent Lebanese elections, which saw Hezbollah lose its allies and the parliamentary majority, and the entry of independents into parliament, are not only a lesson for the party, Iran and the Lebanese, but rather a message for the whole region.

The first lesson is “not to trust the agents”, be they personalities, families or houses… Saudi Arabia has always been aware of this reality, and for years it has not not been drawn into such an illusion. The phenomenon, which ended with the departure of the martyr Rafik Hariri, cannot be repeated. This man was an exception.

In my conviction, which I reiterated before certain Lebanese politicians, a state must deal with a state and institutions. In the Arab case, it is in everyone’s interest to deal with everyone, but in a manner consistent with the reality of the region.

Our region needs sages of all sects and classes. It is in the interest of a State to take care of Lebanese sages, whether they are Sunnis, Shiites or Christians. The same goes for the rest of the Arab conflict zones, depending on the components of each country.

We have to deal with institutions and rational people, not with agents. This is not rejection, inaction or disloyalty, but rather is in the general and global interest, especially since opponents – such as Iran and Hezbollah, or the Popular Mobilization Forces in Iraq, and others – have understood the rules of the game and thus sabotage it easily.

For example, in Lebanon, Hezbollah assassinated Rafic Hariri, to bring down a whole project. In Iraq, moderate personalities who tried to make their voices heard were immediately liquidated. It’s simple: when a project revolves around a person, it suffices to assassinate this person to eliminate the project.

Therefore, a more comprehensive and transparent strategy is needed. It is dealing with States and institutions, and mobilizing the wise, of each sect, and thus blocking the way to corruption and political monopoly.

These words are not aimed at Prime Minister Saad Hariri, who has made serious political mistakes against Lebanon and himself, but rather to prevent a country from being “crammed” into an individual. In short, this approach encapsulates Saudi rationality and realism.

I have witnessed two decades of Saudi relations with Lebanon, and I have repeatedly heard from Saudi leaders and senior officials – may God have mercy on the dead among them and may God save the living – that Saudi Saudi Arabia stands at the same distance with all.

One day, a Lebanese politician asked me to send a message to a Saudi official, wishing to meet him. The senior Saudi official replied: “He is welcome; but tell him that I have no preference for anyone. The most important for us is the Lebanese state, and we are at the same distance from everyone.

Thus, before the recent elections and since 2015, Riyadh has become aware of the importance of “not relying on agents”, but on transparency and clarity. In fact, Saudi Arabia has launched the greatest war against corruption and stands at a distance from all to serve the concept of the state, not a particular sect, figure or family.

This requires an integrated strategy to protect and empower wise personalities in Arab countries and encourage rational voices, as the overriding goal remains stability in the region. 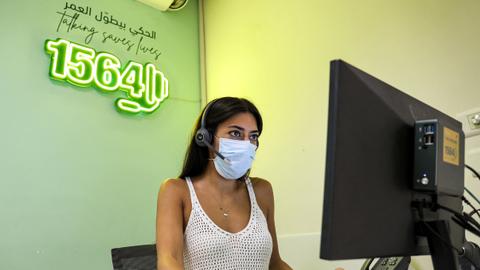