There is not much to celebrate with the result of the May 15 Lebanese legislative elections. While the results show that an active minority is angry, the low turnout – 41% – in an election described as “decisive” for the future of Lebanon reveals that the country’s citizens are largely apathetic or disillusioned with the prospects for significant change. Indeed, the surprise victories of the “independent” or so-called opposition candidates, the gains of the Christian nationalist Lebanese Forces party and the loss of the parliamentary majority of Hezbollah with its allies are unlikely to help reverse the economic slowdown. from the country.

Lebanon desperately needs real economic reforms to even stem its ongoing collapse – not the largely cosmetic measures of the past designed to keep the country between foreign aid. Political reform is a necessary prerequisite for establishing a sustainable economy. Neither is more likely today than under the previous legislature.

The country’s mainstream parties have undermined the Lebanese economy through decades of waste, corruption and financial mismanagement. Rather than creating productive sectors or improving the country’s infrastructure to attract sustained foreign investment, they have relied on high-end tourism, banking, luxury real estate, foreign donations and remittances from expatriates to keep the economy afloat. This approach benefited Lebanon’s feudal warlords, ensuring that citizens continued to depend on them for their livelihood. These leaders have also bloated the bureaucracy and the public sector, handing out jobs to their followers to ensure their continued dependence and allegiance, even as this cronyism has undermined Lebanon’s economic vitality. These traditional parties, although defeated for now, remain strong enough to prevent the creation of a sustainable economic model that would further erode their influence.

Hezbollah will continue to align itself with the mainstream parties to prevent reforms that could begin to significantly restructure the economy towards more stable and sustainable growth. The group is a symptom, rather than the root, of Lebanon’s many ills, working in symbiosis with these problems. Hezbollah thrives on the same bigotry, fractured national identity and corruption that bolsters Lebanon’s other feudal political forces. The group therefore uses its political, social and military influence to support Lebanon’s corrupt political system and prevent the emergence of a strong state, functioning institutions or a viable economy that would eliminate the need for a sectarian militia.

The recent elections are certainly a small setback for Hezbollah. The group’s allies have lost their majority, and Hezbollah’s absolute vote count reveals a minor, but perhaps temporary, loss of popularity among Lebanese Shiites.

However, it is important to remember that Hezbollah has never trusted its wealth, influence or actions to the electorate. Even when the group and its allies were in a parliamentary minority between 2005 and 2018 and faced a nominally unified March 14 alliance, Hezbollah kept its arsenal private, developing its national organizational apparatus and embarking on military adventures in Syria, in Iraq and Yemen. without any regard for Lebanese public opinion or government approval.

Since late 2019, Lebanon’s continued collapse and instability, along with Hezbollah’s reluctance to aggravate these miseries through war, have significantly limited its actions against its adversaries, especially the Israelis. However, these are temporary limitations for Hezbollah, and they have not brought it closer to disarmament. The group’s behavior towards Israel will not change because of the election results and the perpetual threat of war between them discourages significant foreign investment in Lebanon.

Moreover, accurately breaking down the parliamentary blocs paints a bleaker picture. Out of 128 parliamentary seats, the Hezbollah-aligned bloc can reliably count on fifty-eight seats, remaining the largest parliamentary group. Arranged against this bloc are the remnants of what was once the anti-Syrian March 14 Alliance, now a small and loose collection of parties. They can count thirty-three seats, but with less unity than their adversaries. Only these parliamentarians can reasonably be considered reliably anti-Hezbollah, but even they have compromised with the group and its allies in the past. The most egregious examples have been Hezbollah’s admission to several “national unity” governments lacking a parliamentary majority, cabinet statements legitimizing Hezbollah’s private arsenal, and succumbing to group pressure to elect Michel Aoun as the presidency in 2016.

The Progressive Socialist Party (PSP) of Walid Joumblatt, with eight seats separately, can be expected to cooperate with either party, depending on its interests. The remaining twenty-nine seats are distributed between the so-called “opposition” candidates (thirteen seats) and the “independents”, who obtained sixteen seats. These parliamentarians, especially the independents, cannot be accurately considered as a bloc; they run the gamut of political opinion. Their policy prescriptions, voting pattern and alignment remain unpredictable.

Several factors discourage optimism that they will consistently side against the Hezbollah-aligned bloc or for fundamental change. Lebanon’s sectarian political system strongly favors traditionalist parties over ‘opposition’ and ‘independent’ candidates. The country’s ongoing economic collapse will also force them and their “March 14” counterparts to pragmatically swallow a bitter pill: either work towards bland “consensus” goals that will leave Lebanon’s core problems unresolved, or paralyze the country by choosing a political fight with Hezbollah. about his private arsenal, the corrosion of the Lebanese state and the protection of Beirut’s corrupt political order.

These non-traditional candidates are unlikely to choose the latter option. Some have already indicated a likely representative willingness to work with or accommodate Hezbollah, reflecting the disunited and disorganized October 17 protest “movement”. pragmatism in picking his battles with the group and their lack of consensus to undermine him.

After his electoral victory, Elias Jarade– an ‘independent’ celebrated for his upset victory over longtime Hezbollah ally Asaad Hardan – told Al-Manar that structural reforms would follow the liberation of a thin strip of land (likely the Shebaa Farms) currently under control by Israel, but that Lebanon claims. Jarade also stressed the importance of protecting “the Resistance” and its achievements and honoring the sacrifice of its “martyrs”. Whatever Jarade’s personal beliefs about Israel or the “resistance”, his statements suggest a desire to establish a modus vivendi with Hezbollah, even though the group’s private arsenal and shadow state are deeply corrosive to Lebanon’s political and economic well-being. Yet another “independent” Paula Yacoubian— a self-proclaimed champion of Lebanon’s October 17, 2019 protests — has said in the past that she has no interest in siding with Hezbollah or obeying what she described as US “incendiary rhetoric” against the group.

Even as a hypothetical united bloc, the Progressive Socialist March 14 Party and other opposition and independent MPs would not have the numbers needed to make decisions such as electing a new president, which requires a two-thirds parliamentary majority. What is likely is that either a candidate acceptable to Hezbollah will be nominated immediately, or the group will paralyze the country until its opponents give in, thus repeating the process of electing Aoun. Since the president, in consultation with parliament, appoints a prime minister, parties aligned with Hezbollah will be able to influence the composition of the cabinet, Lebanon’s executive body.

Hezbollah will not even be satisfied with this. He will want to dictate cabinet decisions. Its leaders, including Secretary General Hassan Nasrallah, have vowed to be part of any future Lebanese government, “regardless of its composition”. The leader of the group’s parliamentary bloc, Mohammad Raad, issued an ultimatum to the group’s political opponents: either admit Hezbollah to government or “fuel the civil war”. He added: “Beware of being our enemies.” This suggests that Hezbollah intends to employ its old combination of carrot, stick and paralysis tactics to re-enter the cabinet if it is not voluntarily admitted. The group did just that between 2006 and 2009, punctuating the political stalemate with an assault on Beirut in May 2008, forcing Prime Minister Fouad Siniora to admit them into a government of national unity. By retaining this influence in government, Hezbollah and its allies will be able to safeguard the future and fortunes of the traditional political class, blocking significant solutions to Lebanon’s economic or political problems.

Any enthusiasm generated by the outcome of the legislative elections in Lebanon must therefore be tempered by a sobering observation: the country still does not have the conditions to implement the real reforms it desperately needs. If anything, the outcome makes it more likely that Lebanon’s political pantheon will heed Nasrallah’s call to “temporarily” set aside the issue of the group’s arsenal and focus on economic recovery, but on Hezbollah’s terms. In other words, the most superficial of economic reforms will be possible. This could potentially re-open the taps of foreign aid, allowing Beirut to return to a familiar pattern, hobbling between donations from the international community.

David Daoud is a non-resident member of the Atlantic Council. He is also director of research on Lebanon, Israel and Syria at UANI. Follow him on Twitter: @DavidADaoud.

In the midst of a pandemic, Hezbollah buries fighters killed in Syria

Several additional fighter deaths have been reported by media close to Hezbollah since the COVID-19 lockdown, underscoring its continued engagement in military combat and training activities.

Image: Civil servants, who will serve as clerks of the poles, will vote ahead of the general elections to be held on May 16 Lebanon, Beirut on May 12, 2022. (Photo by Fadel Itani/NurPhoto) 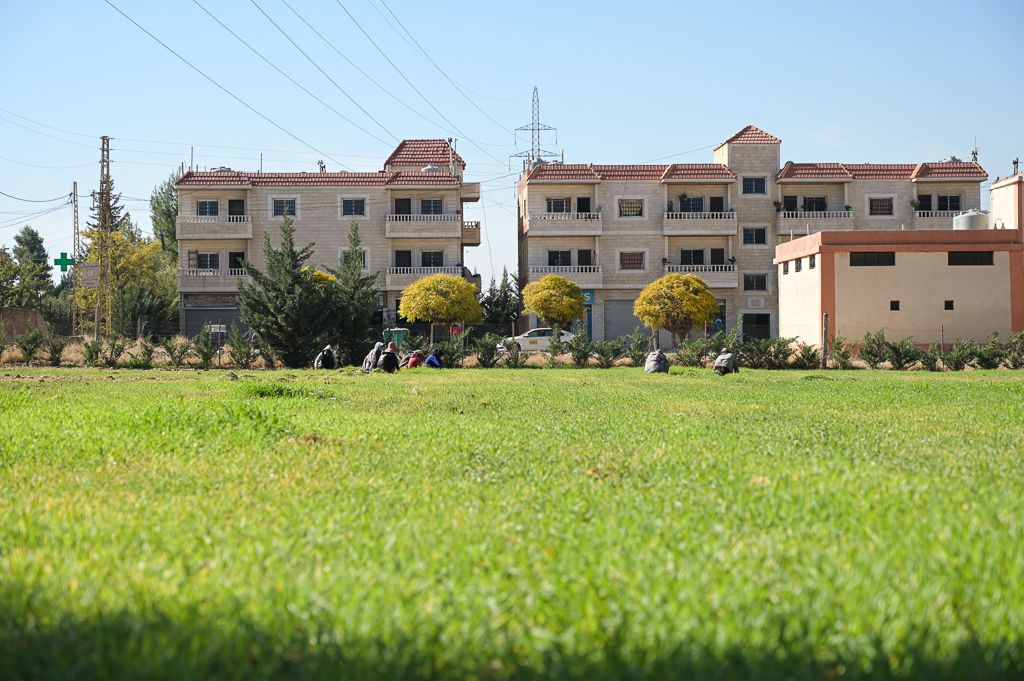 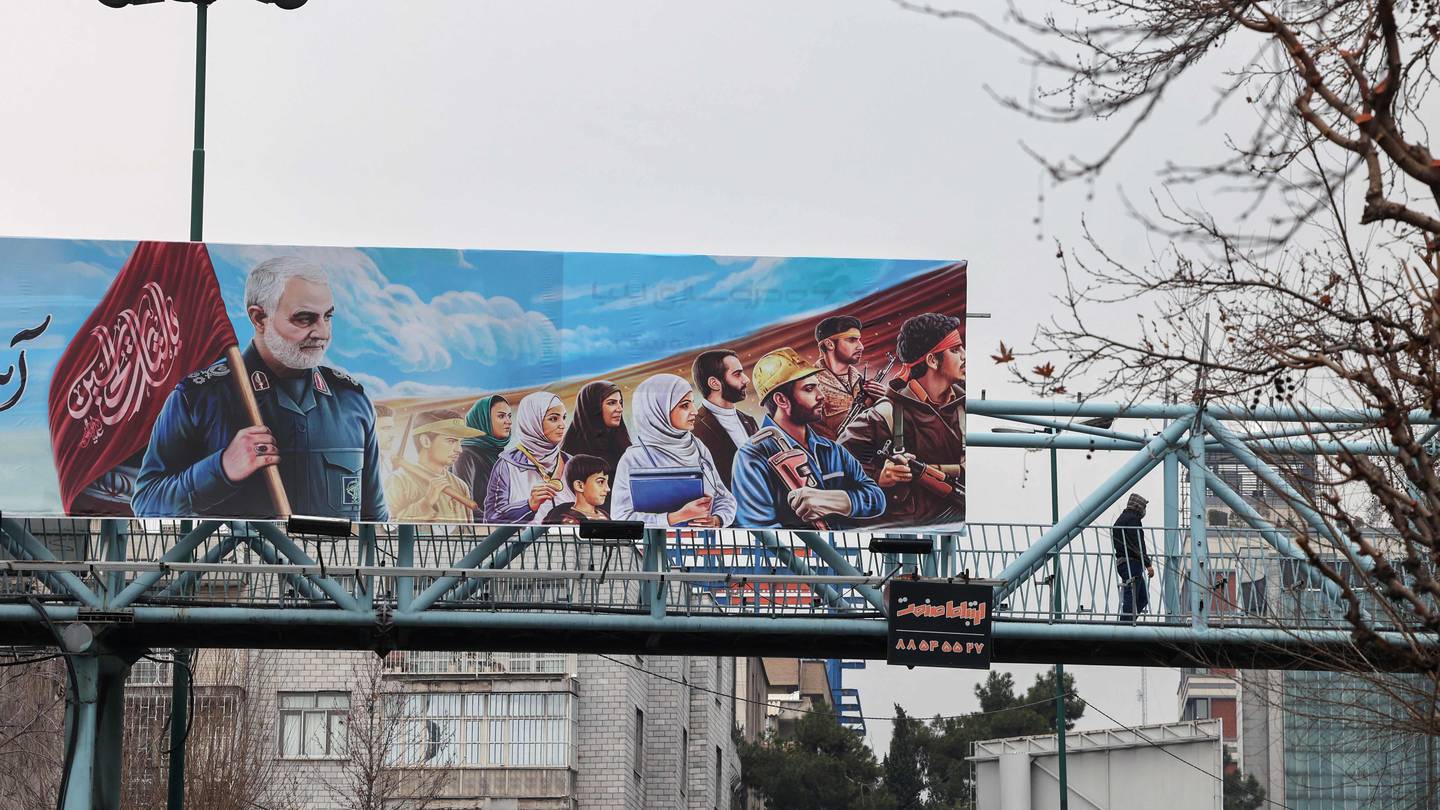 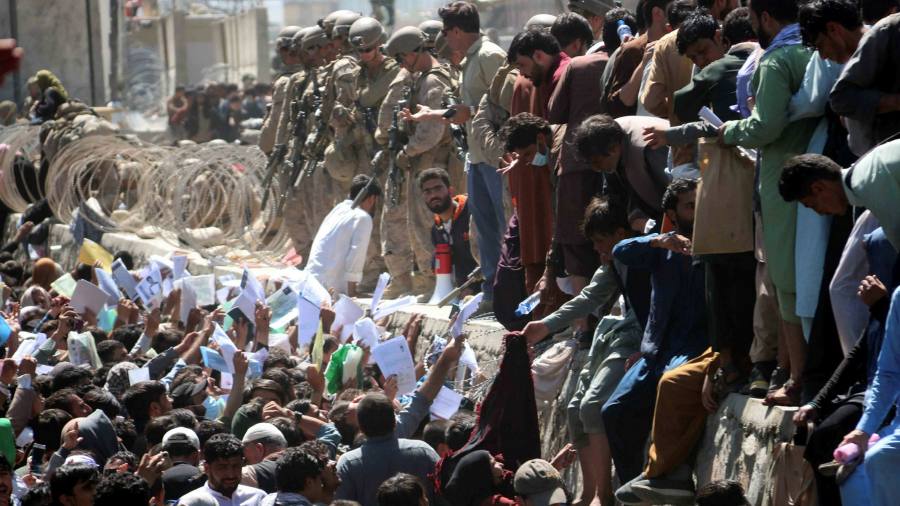