Tears rise to Raida Bitar’s eyes as she opens one almost empty cupboard after another in the pharmacy of Beirut’s largest public hospital.

“It’s a disaster,” Bitar said, listing drugs that have become impossible to buy amid mounting crises in Lebanon – which have left the country desperately short of cash, drugs and fuel amid a resurgent pandemic – encounter the desperately overburdened Rafik Hariri University Hospital.

There is no magnesium to give to new moms with eclampsia. There is a shortage of sedatives for COVID-19 patients who need to be intubated. Antibiotics have disappeared from the shelves not only of hospital pharmacies, but also of pharmacies across Lebanon. Drugs that help control chronic diseases such as diabetes or high blood pressure have also become scarce.

â€œYou can go to 20 or 30 pharmacies and you can’t find baby aspirin,â€ says Ms. Bitar, the hospital’s chief pharmacist.

â€œIt kills people. I have a family member who passed away because he couldn’t find any medication for high blood pressure and had a stroke.

Upstairs in the hospital’s clinical pathology department, there is a shortage of reagents needed to perform diagnostic tests on emergency room patients.

And as what appears to be a third wave of the pandemic hits Lebanon – propelled in part by the decision to keep the country’s airport open to allow a trickle of foreign travelers carrying US dollars – the economic crisis is creating additional patients. .

Growing poverty – the country’s economy shrank by 40% in just two years – has raised concerns about nutrition, as well as increased reports of domestic violence.

â€œIt’s so difficult because we have to choose which patients we are going to test. This is not normal â€, explains Zeina Mohsen, head of clinical pathology. She says the hospital is now testing about one in five newcomers, leaving it up to doctors to assess, as best they can, what’s wrong with the other 80 percent of the other patients.

â€œI can’t predict how long we’ll be able to continue like this. It’s day to day.

The World Bank recently warned that Lebanon’s financial collapse – which was exacerbated by last year’s massive explosion that killed nearly 200 people and destroyed much of Beirut – could be one of three worst that the world has seen since the mid-1800s in terms of its effect on living standards.

The Lebanese pound has lost 90 percent of its value against the US dollar over the past two years and continues to tumble almost daily.

A country of six million people that imported almost everything, including medicines, can no longer afford them.

Unicef â€‹â€‹reported this week that around 77% of Lebanese families do not have enough food or money to buy it. That figure was 99% among the 1.5 million Syrian refugees in the country.

“The problem is, we’re overloaded,” says Rula Itani, the nurse supervisor of the hospital emergency room, who showed the Globe and Mail a long list of patients waiting for beds or waiting. available rooms.

â€œWe see a lot of people in the emergency room because they have stopped taking their usual medication because they cannot be found in pharmacies. Every day there is a fight because the patients cannot understand how they got to the hospital and there are also no drugs here.

The country’s interim prime minister, Hassan Diab – who resigned following last year’s port disaster but remained in office because political factions in the conflicting country did not agree on the form of a new government – said this week the country was “days away from social explosion.”

In the absence of a fully empowered government, efforts to negotiate an International Monetary Fund bailout failed.

The scarcity of medicines is a direct consequence of the financial crisis. For decades, Lebanon’s central bank pegged the country’s currency to the US dollar at the artificial rate of 1,500 pounds to the US dollar. This created an economy dependent on imports and prompted the government to borrow and spend heavily, while fueling rampant corruption.

The extent of the problems with the country’s balance sheet became clear two years ago when investors began withdrawing their money from Lebanon amid anti-government protests. Soon it became apparent that banks, including the central bank, did not have the money to cover deposits. Many financial institutions locked their doors rather than dealing with angry customers demanding to withdraw money that was not there.

As the currency collapsed – it now costs over 18,000 Lebanese pounds to buy a US dollar – hyperinflation happened. The cost of children’s aspirin has increased 1,200% since 2019.

On July 4, the country’s Pharmaceutical Importers Association said in a statement that its members could not acquire more drugs unless banks release the funds to pay overseas suppliers. “The situation will be catastrophic by the end of July,” the statement said, adding that members collectively had more than $ 600 million in arrears with their suppliers.

The same factors are behind an energy crisis that has seen the government cut electricity to just a few hours a day. Hospitals across the country are used to blackouts – they all have back-up generators – but fuel shortages mean hospitals fear the day will come when they will no longer be able to keep the lights on in operating rooms or be able to supply vital medical care. equipment. Doctors and nurses are already used to working without air conditioning at temperatures around 30 Â° C.

Long lines for gasoline, which is subsidized but quickly becomes unaffordable for many Lebanese – the government raised prices by 35% last month – are now commonplace across Lebanon, and the hospital staff looking to recharge their generators must line up with everyone. Much of the fuel brought into the country is smuggled across the border to neighboring Syria, which is facing a fuel crisis as traders may find it more expensive.

â€œEven though hospitals have generators, they might not have fuel, and without electricity, hospitals simply cannot operate,â€ says Firass Abiad, director general of Rafik Hariri Teaching Hospital, who adds that the hospital now goes through what was once a month-long supply. of generator fuel in just three or four days.

“All of these crises are happening at the same time, and no one has a clear idea of â€‹â€‹when the system will hold up.”

Another growing shortage at the hospital – and across Lebanon – is for skilled workers. The hospital has lost 40 nurses in the past month as the country’s educated middle class continues to decamp for places like Canada, France and the United Arab Emirates – an exodus that has accelerated since the port disaster .

The basic salary for nurses, which was once equivalent to $ 1,000 per month, is now less than $ 90. Several staff at Rafik Hariri University Hospital told The Globe that they have been in their posts for so long out of a sense of duty, but that it is becoming increasingly difficult to justify a stay in Lebanon as concerns concerning the future of the country are growing.

â€œI’ll go anywhere. It’s hell, â€says Ms. Itani, the emergency room nurse. â€œI have 16 years of experience and this is the first time I want to leave Lebanon.

Ms. Bitar says she was in the process of applying to move to Canada. â€œThis is not the way to live. We studied. We went to college. We have worked very hard. We deserve a better life. We are not part of what is going on here, but we are paying the price. “

The Decibel: a view of Lebanon 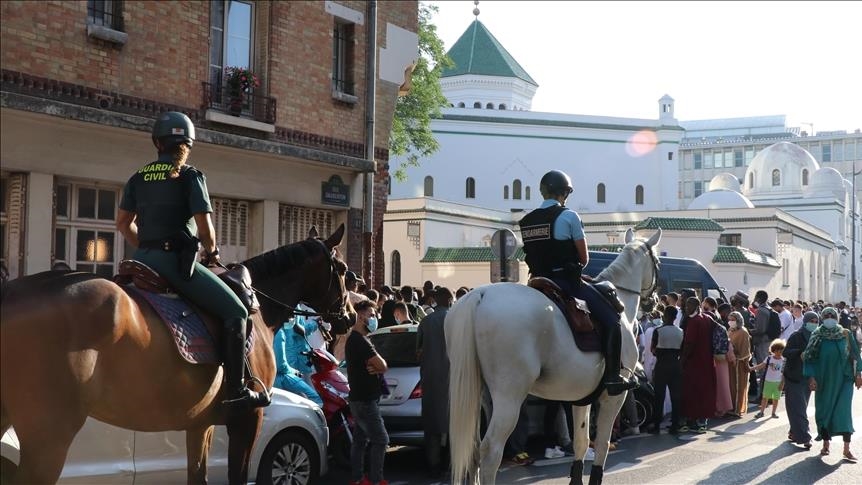