There is much to admire about the King-Crane Commission of 1919, created by then US President Woodrow Wilson to assess how the peoples of the Arab world wanted to be governed after World War I. The British and French had designs on the Arab world, but Wilson, although arch-segregationist at home, declared that the newly liberated Arabs had to shape their own destiny and that any post-war agreement regarding “territory [or] sovereignty [should be determined on] the basis of the free acceptance of this regulation by the persons immediately concerned”.

Wilson therefore sent a team led by two prominent Americans – Henry King, a theologian and educator, and Charles Crane, a well-known businessman and Arabist – to conduct the first-ever survey of Arab public opinion. They traveled throughout the Arab world, receiving petitions from thousands of organizations and meeting with hundreds of political, religious, cultural and social groups. The results were clear: over 80% wanted the whole region to receive independence as a unified state and over 85% rejected the British/Zionist proposal to separate Palestine from “Greater Syria”.

The King-Crane Commission concluded that imposing a settlement that would violate the will of the people would generate enormous resistance. Not only was it the first modern poll on Arab opinion, but like a number of polls that were to follow, its findings on Arab opinion were ignored – with disastrous consequences.

The then British Foreign Secretary, Arthur Balfour, famously replied to King-Crane: “We do not even propose to go through the form of consulting the wishes of the present inhabitants of the country.” Thus, the British and the French – regulars in the colonial game – were not discouraged. Instead of independence, the Arab world was dismembered, cut into separate states under British and French control. Regimes and systems of governance were imposed, resistance was violently crushed and a century of instability followed. Instead of understanding their paternity, the West blamed their victims, saying violence and instability were endemic to the Arab world.

The main results of this authorship are the sadly familiar developments unfolding (or not) in Lebanon, Syria, Palestine-Israel and Iraq to this day.

Lebanon, still on the brink of economic collapse, cannot form a fully functioning government because sectarian elites seem determined to suck the last bit of marrow from the country’s dying bones. The sectarian standoff, imposed by Hezbollah threats, impedes accountability for past crimes and has led to shortages of basic services, fuel, food and cash. Even if the Lebanese manage to take control of the gas fields in the Mediterranean, they have legitimate fears of a power grab by sectarian elites who will divert the profits to serve their own interests and not those of the country.

Syria is still at war with itself, with Russian, Iranian, Turkish and American interests clashing and sometimes agreeing in different combinations over the future of the tragic mess they (and the Assad regime) have all made. helped create. As this game of nations continues to play out, millions of Syrians remain destitute, either internally displaced or as refugees fearful of returning to their homes.

Iraq is paralyzed, due to the “genius” of the Americans whose “gift” to the Iraqi people was to emulate the sectarian system of governance created by France and which proved so disastrous for Lebanon. Even though our polls in Iraq (as in Lebanon) clearly show that most want a unified country that is non-sectarian and independent of any foreign power, the elites backed by their militias – many of them backed by Iran – do not want to cede the control. Paralysis and the threat of a new civil war could still destroy Iraq, but Iran and its minions do not want to move towards non-sectarian governance.

Speaking of “gifts”, the one that continues to trouble the region is Balfour’s decision to plant the Zionist movement in Palestine to serve British interests in the Eastern Mediterranean. This act and seven decades of political protection and enormous military and economic aid from the United States have led the region to where it is today – an Israeli state that operates with impunity, flouting international law and violating human rights. of the Palestinians.

Now in the midst of their fifth election in four years, Israel’s politics, following the US darlings, have shifted so far to the right that there is a unique form of stalemate in the country. The question is not peace with the Palestinians, but whether the next right-wing government will be led by former Prime Minister Benjamin Netanyahu.

The dysfunctions from which the Palestinians suffer are the result of decades of occupation. But the Palestinians also suffer from a lack of leadership capable of developing a strategic vision and the tactics to achieve that vision. What they are left with are repressive patronage systems in Gaza and the West Bank that have been reduced to repressive dependencies – relying on Israel and international donors for support.

Various threads connect all these malfunctions. Chief among them is the evil of sectarian and ethnic divisions, encouraged and exploited by outside powers. It is tempting to wonder how different the region would be today if the British and French had submitted to the will of the Arab peoples and if the Americans had not played this same imperial game, updating it to serve their interests.

This doesn’t have to be the end of the story. Several years ago, I met a leader of the Syrian opposition. As he left my office, he turned to the door and asked a poignant question: where will the region be in the next 10, 20 or 50 years? I urged him to come back, and we talked for another hour about the region’s need for visionary thinking that would ask precisely that question.

While the West bears the responsibility for the dismemberment and distortion of political development in many parts of the Arab world, the Arabs cannot continue to blame the failures on the machinations of others. It is time for them to take their destiny into their own hands and develop a vision that unites and inspires citizens to free themselves from the shackles of sectarianism, corruption, extremism and defeatism.

Next Pressure mounts on the ECB | FinancialTimes 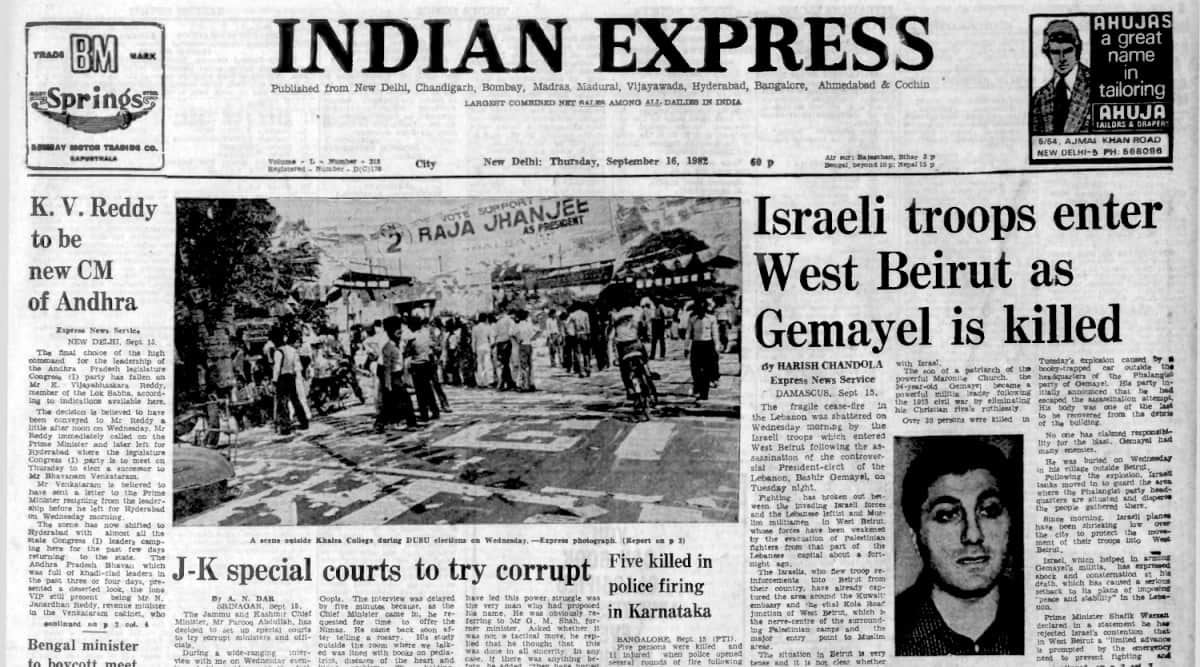