In my previous article, I discussed the risk of Iraq and Syria entering a state of perpetual violence provoked by the militias, to sustain their presence and maintain their profits. High unemployment rates and the growing militarization of governance and the economy have made the formation, membership and maintenance of militias one of the few profitable militias. rent seeking methods. This article takes a more in-depth look at their illicit economic activities by showing the local and regional impact and the wider consequences that reverberate.

The inhabitants regularly suffer theft of property, looting and extortion by these various militias, consequently increasing sectarian tensions. The most notable economic activity of the militias is the multitude of checkpoints scattered across the two countries. Extremely high checkpoint fees and the levies on goods mean that Iraqis and Syrians not only have to wait in long lines at slow checkpoints, but also pay exorbitant tariffs.

Checkpoints are also generally used to acquire territory, legitimacy and links with the local population. However, in Sunni Arab quarters, they have the negative effect. Remembering the hundreds of young men who went missing at the infamous Al Razzaza in Anbar Checkpoint, locals find the Shiite militants intimidating.

Sunni residents of Mosul are also distressed by the Shiite militias of popular mobilization units, such as Asaib Ahl al-Haq and Saraya al-Khorasani who take possession of Sunni properties. The city’s “Bala” market, for example, formerly under Sunni endowment, is now taken over by the Shia waqf, with residents forcibly intimidated into paying rental.

In both countries, land seized by ISIS has not been returned to its original owners, as displaced people and refugees are treated with suspicion and marginalized. In Syria, for example, the reconquest of the town of Morek by the Tiger Forces leads to large-scale land thefts. In one case, a local had to pay a member of the Tiger Forces up to $ 5,000 to reclaim his own land back.

The militias are also building real estate empires. In Iraq, they took control of important offices such as the Land Registration Department in order to acquire lucrative properties. Meanwhile, in Syria, property theft and reconstruction efforts are intertwined, as the regime and its affiliated groups exploit huge demographic shifts for their own enrichment.

This includes Syria’s largest current reconstruction project, Marota City. In its development so far, the economic rewards appear to be funneled into the regime-affiliated businessmen who dominate Syria. private sector, while residents are forcibly evicted and unable to claim property rights.

Finally, residents on both sides of the border are disturbed by the strong presence of Iranian-backed groups, such as Harakat Hezbollah al-Nujaba, Harakat Ansar Allah al-Awfiyah and Liwa Fatemiyoun, involved in the Syrian conflict. This produces a particularly unstable situation because the communities in the Iraqi-Syrian border area have strong tribal and family ties, as well as Pan-Sunni and Pan-Arab sentiments. Thus, any callous and provocative action by Iranian-backed militias could give ISIS the opportunity to exploit the disagreement.

Along the Syrian and Iraqi border, especially the border towns Qa’im-Bukamal, cross-border trade in oil and gas, smuggling of weapons, people and goods are crawling.

It is clear that Iraqi militias, especially those backed by Iran, have a monopoly on major smuggling routes to and from Iran, Syria and turkey. Contraband oil brings in the most money, with records reaching as high as 10,000 bpd crossing the Anbar in Syria. However, the extent of their involvement in cross-border drug trafficking is unclear. Either way, since the rise of ISIS, drug abuse has increased rapidly. In Syria, Captagon is widely used among armed actors to improve focus, energy and drugs courage.

Worse yet, the use of crystal meth has exploded in Iraq in recent years. Most of it, which accounts for up to 60% of Iraqi drug trafficking, comes from Iranian porosity border. Smugglers with significant connections or bribes may pass PMU border controls, with large cargoes unscrupulous.

The commander of the anti-drug unit Mohammed Alwan calculates that his constituency in Baghdad has up to 10% of the drug addict population, mainly in crystal-meth. With 60% of the Iraqi population under the age of 25 and youth unemployment reaching up to 36%, years of war, desperation and moral decay in society have apparently pushed Iraqi youth towards drugs as an escape mechanism.

Illicit cross-border activities resonate throughout the region. The Shabiha, initially known for its trafficking across the Syrian-Lebanese border in the 1980s, is now one of the many regime-affiliated actors operating there since the start of the Syrian civil war. To make matters worse, the crippling U.S. sanctions targeting the Syrian regime in the Caesar Law saw smuggling activity increase exponentially.

Along the Lebanese border, around the town of Hermal, all types of products are smuggled, especially those subsidized by the Lebanese state, such as fuel, bread, milk, hay. According to the survey of France 24 reporters, AndrÃ© and Awad, this smuggling activity costs the Lebanese economy a staggering sum of $ 15 million per year. day.

Cross-border smuggling worsens an already dire situation in Lebanon in a context of political-economic crisis and capital flight. Throughout 2020, food price inflation averaged 254% and its GDP growth contracted by 20.3%. The situation is particularly bad in the northern Lebanese city of Tripoli. Interviews show that a food distributor was recently gunned down there and the fighting for food is on the rise. Meanwhile, in Syria, the regime manages to survive under sanctions, while its people are exploited and hungry. The persistence of illicit activities and their consolidation in the economy is likely to strengthen Iran’s hold over Iraq and that of Russia over Syria.

As illicit trade spills over internationally, as shown by Italy’s seizure last year of 84 million Captagon pills from Syria, efforts to tackle illicit economies and crime at the local level, as part of a concerted effort to tackle regional lawlessness, are becoming increasingly important.

Next More than 30% of families in Lebanon have had at least one child who goes to bed hungry: UN 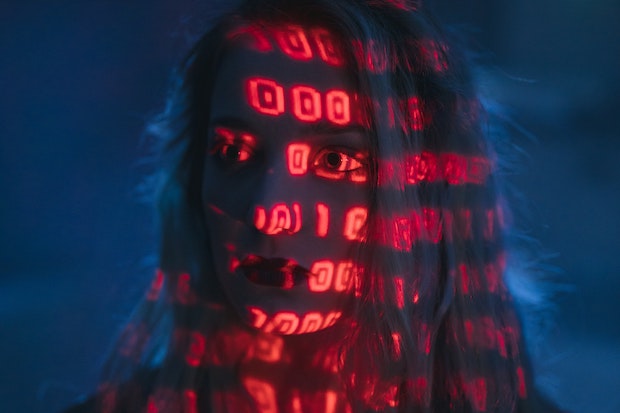