The terrorist threat returns to Australia.

The imminent release of convicted terrorists at the end of their sentences and the return of families detained from the camps in Syria produce two sources of potential danger for this country.

The recent lull in terrorist activity in that country does not indicate that the problem has disappeared; the 20th anniversary of the Bali bombing reminds us of the existential threat.

Despite the appalling record of global terrorist activity, the death toll remained relatively low in the 1970s, became more significant in the 1980s, between 5 and 10,000 per year, and remained at these levels (the attack on the World Trade Center, with 3,000 deaths, was on September 11, 2001, leading to the American “war on terrorism”, and only started to climb around 2011.

An ongoing investigation into Islamic terrorist violence was launched following the September 11 attacks. By July 2019, it had recorded more than 35,000 attacks in nearly 70 countries.

Terrorist killings peaked at over 40,000 in 2014, with 93 countries involved, decreasing to 28,000 in 2019 in over 8,000 attacks. The terrorism epidemic continues to be religion-based, with Islamic fundamentalists spreading violence around the world and accounting for 95% of attacks and deaths in three regions – the Middle East (along with Afghanistan, Iraq , Syria, Somalia and Yemen major hotspots), extending to Africa and South Asia.

Four terrorist groups are responsible for three quarters of the attacks: the Islamic State, Boko Haram, the Taliban and al-Qaeda. Apart from 9/11, terrorist attacks in the United States have steadily declined since the 1970s and the death toll is now around 50 a year, compared to 100 a day killed on the roads.

The fundamental role of this activity is Jihad, which, according to many followers of the text, is required of all Muslims. It means waging war on non-Muslims to subjugate all peoples and countries to Islam. This is not the only interpretation of the text, but it is certainly shared by many.

A world in which the terrorist vision of Islam prevails means the end of all other religious freedoms, freedom of speech, freedom of the press, democracy, women’s rights, music, art – all dictated by Sharia. In its place, we can expect the enslavement, amputation, beheading, stoning and crucifixion seen in states held by terrorists.

Al-Qaeda was the most important Sunni terrorist group. Formed in the late 1980s by wealthy Saudi citizen Osama Bin Laden to fight the Soviet invasion of Afghanistan, it merged with other small groups and quickly expanded its training to tens of thousands of people from all regions of the world. He was initially supported by the local Taliban government and declared a holy war against the United States. Much of its activity has also focused on its Shiite competitors, echoing the Catholic/Protestant battles of 500 years before.

After several attacks in remote parts of the world, he carried out the September 11, 2001 destruction of the Trade Center in New York. This event resulted in the invasion of Afghanistan and ongoing conflict and instability to this day; with the US withdrawal, the likelihood of the Taliban regaining control has become a reality.

In 2005, Al-Qaeda also perpetrated the London bombings which left several hundred dead and injured, as well as the assassination of Indian Prime Minister Benazir Bhutto in 2007. The Paris “Charlie Hebdo” attack in 2015 was also under the auspices of Al-Qaeda.

Through its affiliates, Shia Iran is now implicated in attacks, not only against the West, but also against its alternative Sunni religious competitors. He sponsored instability in Yemen, Iraq and Syria as well as in Palestine.

In Africa, Boko Haram is the offshoot of the Sunni Islamic State. Since 2002, it has continued a campaign of kidnappings and murders in Nigeria and neighboring Central African countries, resulting in an estimated 8,000,000 deaths in 2020. In Indonesia and neighboring countries, the Jemaah Islamiyah has been carrying out nearly 30 years a similar campaign, a campaign that implicated Australians in the 2002 Bali bombing.

In Iraq, several groups are vying for control, including the now greatly reduced Islamic State (ISIS or ISIL). This Sunni organization split from Sunni al-Qaeda in 2014, at one point controlling swaths of northern Iraq and Syria. The Yezidi Kurdish minority, with its own religion, has been singled out for particularly brutal treatment by the Islamic State. Besides the Iraqi government, its other enemy was the communist-inspired PKK, of Kurdish origin, which is an ethnic group that also extends into Syria, Turkey, Iran and Armenia, with an ideology based on Islam. ‘independence. The southern part of Iraq is predominantly Shia, with support from neighboring Iran; the United States is still trying to extricate itself from this continuing instability.

The conflict in Syria is even more complicated with Iran, Russia and Hezbollah supporting Al Assad’s government with its Shia president. The Islamic State was driven out of Iraq and Syria but continues to be involved in the conflict in Lebanon. A separate group is also involved in the ongoing conflict, the Al Nusra Front, another Sunni group formed in 2012 to overthrow the Syrian government. To complicate yet another group, the Syrian Democratic Forces are supported by the United States, there are also Turkish forces on the Syrian border to prevent the PKK from forming a separate Kurdish state.

Closer to home, moderate Muslim Indonesia has seen conflict between the sectarian government and the al-Qaeda-aligned Jemaah Islamiyah. The 2002 Bali bombing left 204 dead, including 88 Australians; more recent terrorist activities have been carried out by offshoots of ISIS.

A 2006 poll in Indonesia showed that 58% believed adulterers should be stoned to death; Similar surveys in other Muslim countries have shown that between 70 and 90 percent believe apostasy requires the death penalty – perhaps not so moderate. The recent release from prison of the spiritual leader of Jemaah Islamiyah, Indonesia, reminded Australia of the lives lost in the Bali bombing.

Even totalitarian China is not immune to terrorism. Despite their suppression of harmless groups like Falun Gong and Christianity, they have had problems with Muslim Uyghurs. This Sunni minority was locked up in “re-education” camps and used as slaves; they retaliated by forming the Turkestan Islamic Movement, internationally recognized for carrying out some 200 terrorist acts in an effort to gain independence for their region.

The Muslim population in many European countries has grown in recent years, with a wave of over 2 million refugees sweeping through the EU in 2015. The majority ended up in Germany where control has become problematic with around 30,000 supporters of terrorist activity. France has the largest number of Muslims of any European country at over 5 million; it has suffered a series of attacks in recent years, directed or inspired by the Islamic State. Since this influx, there have been 38 attacks in Europe, with 170 dead and 840 injured. There has also been an increase in crime and, inevitably, an increase in anti-Semitic attacks. The current global Muslim population of 1.7 billion is expected to reach 2.8 billion by 2050.

The failure in Afghanistan revealed not only the weakness of the West in its attempt to impose democracy, but the potential resurgence of terrorism as the Taliban regained control. There is now a conflict between IS and the Taliban but, with the weapons left behind by the departing forces, it is possible to export extremism to neighbors and other parts of the world.

In Australia there have been 19 documented terrorist attacks in 50 years, 7 Islamic attacks have taken place in the past 10 years with 6 fatalities. A balance must be found between freedom of expression and incitement to violence. Perhaps Sharia should also be considered in this context; a major unresolved concern being that the religion of peace (as has happened many times before) will threaten the lives of those who oppose it.

The left’s emphasis on potential right-wing extremism must be seen in the context of Islam’s goal of world domination as held by prominent radical groups with powerful online conversion skills. . Over the centuries, Islam has been responsible for the deaths of approximately 60 million Christians, 80 million Hindus, and 10 million Buddhists during its caliphates; academics (who don’t read history) can’t claim that Christianity can match that record.

Religious extremists and terrorists who took part in Islamic Jihad overseas and held dual citizenship have had their Australian citizenship revoked; disturbingly, the High Court ruled that this was unconstitutional and that they have a right to return; this precedent has not yet been appealed. Other countries, such as Denmark, have used this approach to prevent repatriation.

Plans to return wives and children of terrorists will be presented as posing little threat to the country; in fact, many of them, so far only 16 wives and 42 children, will have been inculcated in the philosophy of Jihad in their prison camps (but all “regret their actions” while traveling in the Middle East); they may pose a significant risk, one unlikely to be resolved by the board.

The release of 21 jailed terrorists at the end of their sentences is even more problematic, with rehabilitation programs so unsuccessful that the prisoners had to be moved to other locations to prevent their radicalization of others. Cost aside, ASIO can’t monitor these people 24/7 forever; these developments will be a threat to us all.

Legislation urgently needs to be revised to deal with these dangers; the priority must be the safety of society rather than concerns about individual rights. We should remember the loss of innocence in Bali 20 years ago.

Previous EXCLUSIVE Looping "line by line", Hezbollah shows its pragmatic side in the Lebanon-Israel agreement

Next Fight for slain journalist's records in Nevada high court 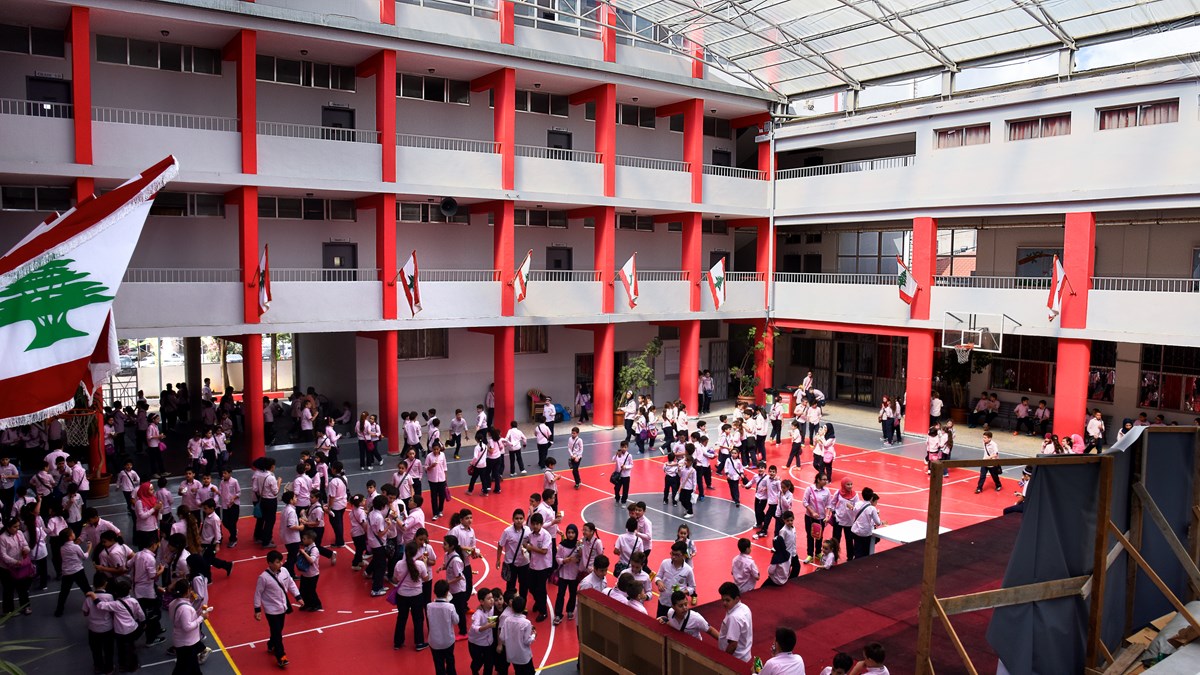 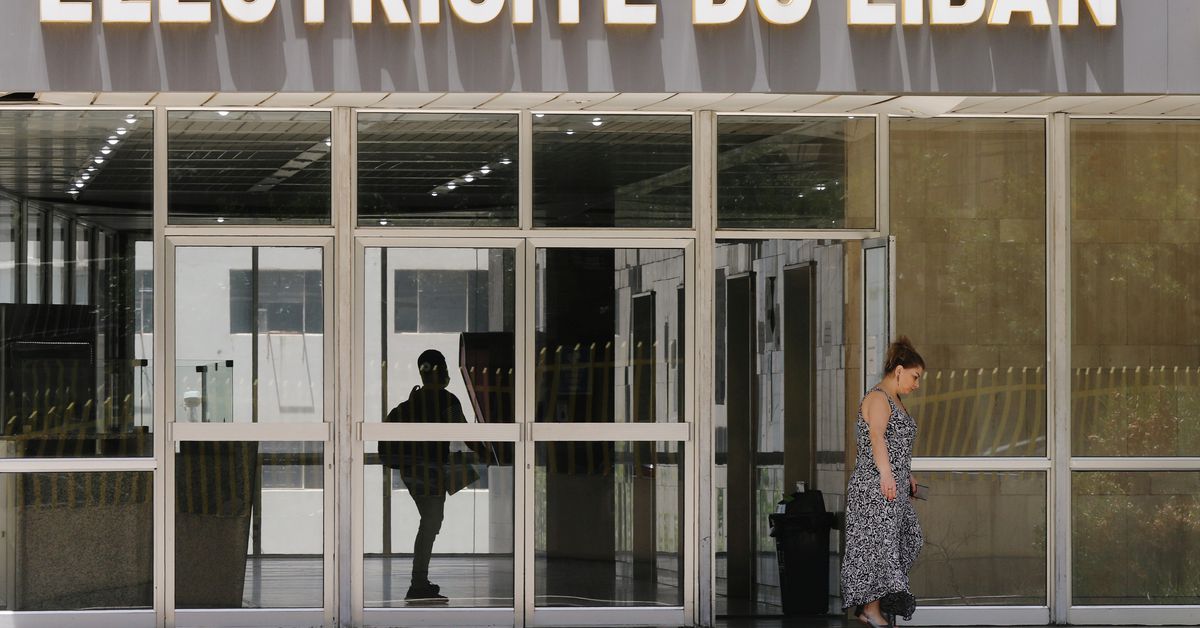 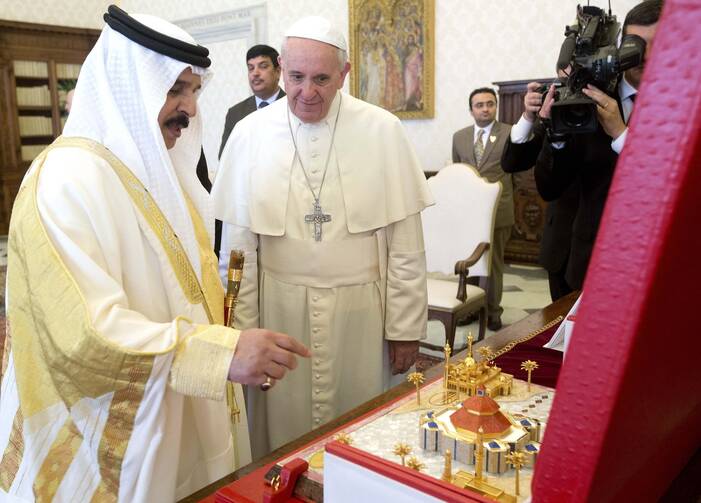 Pope Francis in Bahrain: What to know and what to expect