“From Beirut to Tehran, a revolution that does not die,” chanted people in the streets of Beirut during a wave of protests against Lebanon’s corrupt politicians in October 2019. It was catchy, it rhymed in Arabic, and it was an expression of a surprising new sense of solidarity among members of a young generation connected across borders.

The protesters were not chanting for the revolution that turned Iran into a theocracy in 1979, but against an Islamic Republic that oppresses its people at home and wields power far beyond its borders. They singled out a foreign government that maintains dysfunctional political systems in other countries so it can manipulate them to its advantage and deploys proxy militias that inflict violence from Baghdad to Beirut against those who oppose the dark vision of the world of Tehran. The protests in Lebanon, which were only partially Iran-focused, came as Iraqis marched through the streets of their country, openly protesting Iran’s stranglehold on their politics, economy and culture. clergy. Meanwhile, Iranians, angered by rising fuel prices, chanted “Death to the dictator” and shouted dozens burning government sites.

This outburst of anger, nationally and regionally, has been one of the most complex challenges Iran has faced since 1979. A brutal and deadly crackdown wiped out some of the protesters; in March 2020, the pandemic sent the others home.

Protesters are back on the streets across Iran, picking up where they left off two years ago as their lives and prospects have deteriorated in the meantime. And just like in 2019, we are seeing demonstrations of solidarity across the Middle East, where many, impressed by the courage of Iranian women in particular, applaud the protesters.

But since 2019, the Islamic Republic’s national and regional skills have taken a hit, and its share in the regional game has worsened. Now, from Baghdad to Beirut, those who oppose Tehran are exploring the possibility that the protests are helping to weaken Iran’s grip on what it sees as its forward defense bases: Lebanon, Iran. Iraq, Syria and, to some extent, Yemen. So far, in all these countries, no one has found a local mechanism to outwit Iran – this can only come from changes in Tehran.

Syrian opposition activist in exile Yassin al-Haj Saleh recently tweeted that the “fall of the mullahs’ regime [would be] the best news. Proof [the Iranian uprising] is a must. Since 2013, Iran has been deeply involved in Syria, both militarily and financially. He backed Syrian President Bashar al-Assad, whose efforts to crush a civil uprising against his rule quickly turned into all-out war.

Revolutions are hard to read and their tipping points hard to anticipate. Who or what replaces a dictator is also a guessing game, which is why regional or international consensus often reverts to the status quo. And as we watch the protests in Iran, it’s best not to engage in too much wishful thinking about the potential demise of an Islamic Republic that has repeatedly proven its cunning and willingness to use force. killer to stay in power.

Yet something seems to be unraveling, as if the project for an Islamic Republic is running out of steam and the black wave unleashed by the 1979 revolution is receding, exhausted by recurring protests, overlapping since 2009, and reaching new heights since 2017. Iran is in a constant state of boiling– hundreds of protests take place regularly across the country, although not all of them make the headlines. The repeated challenges to Iran’s hegemonic ambitions along its periphery are also unprecedented.

The latest wave of rage began on September 16, sparked by the death of 22-year-old Iranian Kurdish student Mahsa Amini, who was taken to a vice squad van. would have to wear tight pants. Witnesses say she was badly beaten in the van and then collapsed in a correctional centre, before being taken to hospital where she died three days later. The protests, led at first mainly by women and focused on ending the compulsory wearing of the headscarf, turned into a nationwide revolt, highlighting Men and women, workers and celebrities, singing on college campuses and dancing in the streets, burning hijabs in public in small towns and big cities.

From Beirut to the northeast Syria and all the way up Kabul, women, including those who cover their hair by choice, have shown their support for Iranian women who reject the hijab imposed since 1983 by law in the Islamic Republic. They cut their hair in front of the cameras as Iranian women do and chanted the same slogans as in the streets of Iran: Zan, zendegi, azadi (“Women, life, freedom”). But all these protests are much more than a piece of fabric – they are directed against one of the pillars of the Islamic revolution and reflect the fight for the identity and the future of Iran, and for those who find themselves outside Iran, they echo grievances voiced during protests that erupted in Iran’s axis of misery in 2019.

Protests that year began in Iraq, then spread to Lebanon and Iran. The demonstrators marched against corruption, unemployment and a general sense of desperation and oppression. In each country, there were specific complaints brought by local dynamics: a corrupt economic class in Lebanon that emptied the state coffers; an oppressive religious gerontocracy in Iran ruling the country as if it were still 1979; and in Iraq, a Shiite majority protesting a corrupt, barely functioning state besieged by pro-Iranian Shiite militias, still unable to build themselves nearly two decades after the US invasion. In Iraq and Lebanon, there was also a specific rejection of bigotry, a favorite tool of Iran (and until recently Saudi Arabia) for rallying the masses. Shia participation, albeit in limited numbers, in Lebanese protests targeting Hezbollah has put the Shia militant group and Iran on the back burner.

The reaction everywhere was quick. In Iraq, protests have been brutally suppressed by Iran’s Shia proxy militias, answering to Qassem Soleimani, the notorious head of the Quds Force of Iran’s Islamic Revolutionary Guard Corps. More than 500 demonstrators were kill. Protests in Iran have also been violently suppressed, leaving more than 1,000 dead, according to Iranian officials at the time. In Lebanon, where the protests were multi-sectarian, the use of violence was more limited but still effective; the movement was mothballed by the advent of the pandemic, then died of exhaustion in a collapsing country.

Even if there is no immediate prospect of protests resuming in Lebanon, opponents of Hezbollah in the political system will be watching developments in Iran closely to assess opportunities to make concessions. In Iraq, the incendiary cleric Muqtada al-Sadr continues to rebel against Iranian interference in the country’s political affairs. This includes Iran’s obstruction of Sadr’s ability to form a government after he and his allies defeated pro-Iranian parties in October 2021 elections. Sadr’s supporters took to the streets in August, bringing the country to the brink of civil war. war. A national day of protest on October 1 commemorated the 2019 protests and demanded justice for those killed.

All of this is taking place as opponents of the Islamic Republic, both within and without, know full well that several key developments over the past two years hinder Iran’s ability to navigate this coming period. Topping the list is the killing of Soleimani in a US strike ordered by President Donald Trump in January 2020. Soleimani was the mastermind of Iran’s regional influence; he inspired fear and respect, and he knew all the players personally. During his decades-long career, he oversaw military battles, acted as kingmaker in the politics of other countries, and ordered the execution of protesters. His replacement, Brigadier General Esmail Ghaani, has none of his charisma, personal connections or cunning.

Iran’s jurisdictional crisis (which also extends to its tottering president, Ebrahim Raisi) could prove problematic in Syria, where Assad could feel exposed if Russia can not sustain its military support for him as Iran is strained to quell protests at home. Meanwhile, the most pressing issue on the mind of Iran’s 83-year-old Supreme Leader Ali Khamenei is ensuring a smooth succession and the survival of not only the Islamic Republic, but also its ultra-hardline bent. , which he fed. . Two weeks ago, rumors swirled that Khamenei was dying, but he resurfaced to deliver a speech. However, he has not been seen since the protests began. Regional shifts that have seen Gulf countries formally sign peace treaties or informally increase security cooperation with Israel present another strategic puzzle for Iran. And finally, with the departure of Trump, the Biden administration’s efforts to engage with Iran on nuclear negotiations have again left Iran facing a united Western camp, which blames Tehran for the lack of progress in the talks.

But Iran has also learned a few things over the past decade, watching the Arab uprisings unfold. There is the example of Syria, where Assad’s failure to propose even modest reforms has further galvanized protesters. As the regime unleashed violence against them, many took up arms, rebel groups formed, and the regime adopted a scorched earth policy. A decade of war later, Assad’s Pyrrhic victory has left him reigning over a pile of rubble.

Then there is the example of Egypt, where in an effort to save the “deep state”, the military establishment decided it was best for President Hosni Mubarak to step down quickly in the face of the hundreds of thousands of demonstrators who thronged the streets. Mubarak left in three weeks, handing over power to the army. After a short interlude in which Mohamed Morsi, a figurehead of the Muslim Brotherhood, was democratically elected president, the military intervened again to depose Morsi, in a coup led by Commander-in-Chief Abdel Fattah el -Sissi, who then became president. .

I’m afraid the outcome in Iran will be similar to that in Syria, but the Islamic Revolutionary Guard Corps will most likely try to use the Egyptian playbook and save the edifice of the state – light on religion and heavy on repression. However the next few weeks and months unfold in Iran, the repercussions will extend beyond its borders.

Previous What is the economic impact of cryptocurrencies? 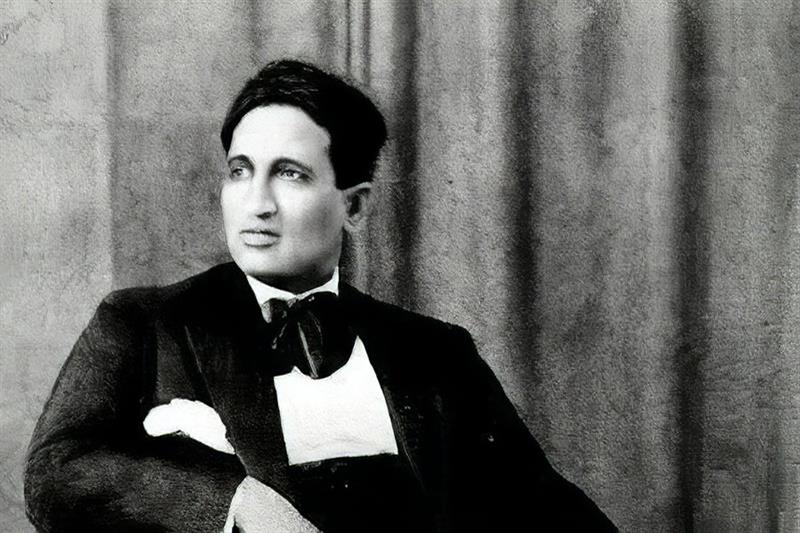